This is the only tree in Kansas.

Real slow start to today, Muffin and Latte at the Starbucks stand in the lobby.

Trying to figure why Boulder appealed to me so much and so quickly, I realized it reminded me of Galway a lot; the pedestrianized main drag ; the college buzz; the low city buildings; buskers; the smaller stores and the town size. A local feel with a heavy mix of visitors.

Headed to Kansas to try and get through  as much of it as I can today. Going southeast for the most part.

A friend suggested Garden City as a destination. In Cold Blood told the story of the Clutter family that was murdered outside the town in 1959, and where the murder trial was held. A literary and historical destination, why not? It’s also near Dodge City and I’m half way through that audiobook and it’s excellent.

I needed to feel like I saw something today, so I pulled over in Burlington , about two hours out,  to see The Old Town Museum. It was a neat little recreation of a Western town, each building a mini museum representing artifacts of its business.

I need a haircut. 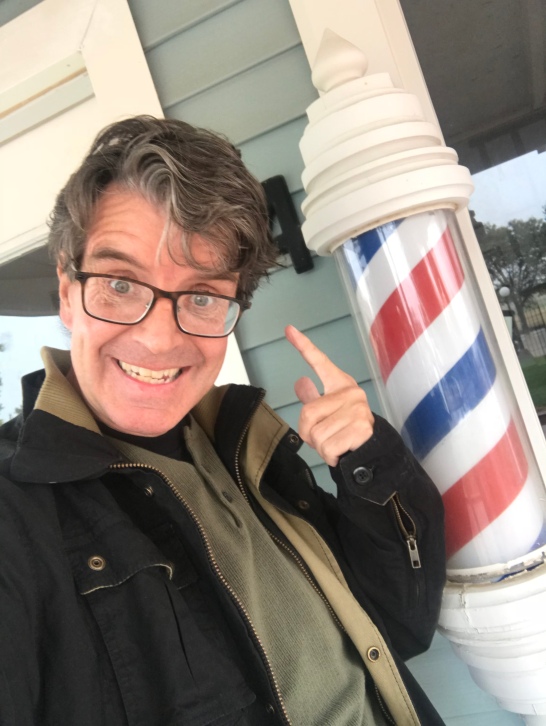 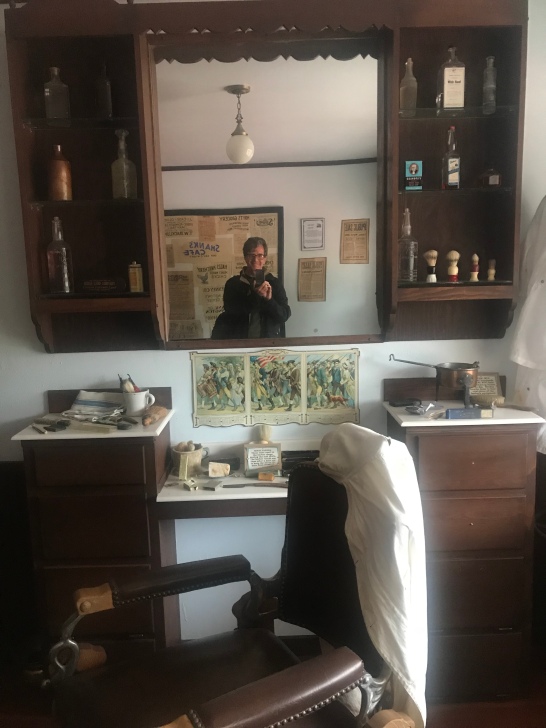 I have no idea what this contraption is, it was in the women’s grooming section of the Western Barbershop. Judging from this gizmo, getting waxed was a dangerous game , back in the day.

They’d a collection of antique John Deere’s  that would have impressed my upstate, tractor pulling friends. There was also a number of covered wagons, a few antique cars, a dedication section to the troops of bygone days and a big organ. 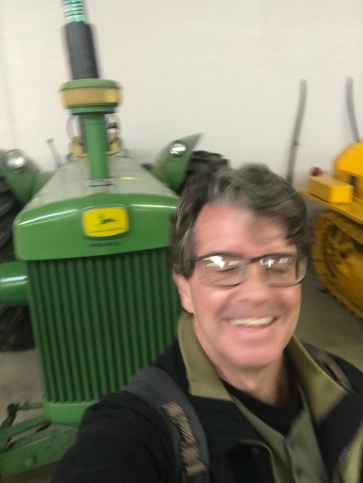 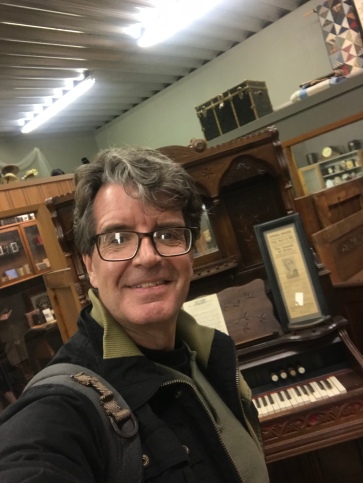 It’s a miserable rainy day and I was the only visitor at the Museum.

The Kit Catson Carousel is closed today, the only other attraction in town.

Drove on another 100 plus miles and pulled over in Cody, the self described crown of the prairie , or some such undeserved vanity. More paste than diamonds.

Since it’s a college town I thought I might find a good coffee spot . 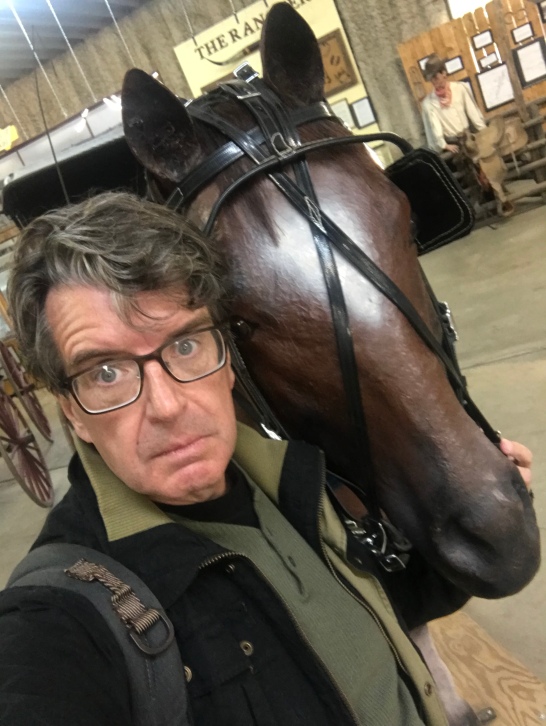 The great thing about Starbucks is that they are everywhere , are usually open and have the same lousy coffee in every location . Starbucks, was the only game in Colby Sunday afternoon, in a gas station food mall. The crowds were turning up for the two for one taco bowl Sunday blue plate special, plastic utensils in hand, as I finished my medium dark.

Across the first 180 miles from Boulder it rained steadily , then the rain cleared and I was emerged in a fog for the rest of the trip. Kansas is flat, dull, long and wet.

I got the last available room in Best Western Plus, Garden City. It’s a nice looking hotel. 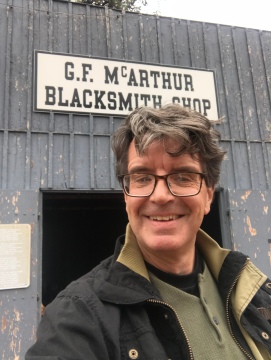 A Monstrous thunderstorm started as I headed out to Jax, a local bar. It was Jax or Jaxshit, the only other options being fast food chains open at nine.

There was a matching Maroon Escalade in the Jax carpark, though it didn’t strike me as an Escalade type of establishment .

BillyBob, half in the bag at the bar ,told me I was old enough to drink when I ordered club soda. Strangely , he also asked me if Shameless was still on.

Jax is your basic pitcher and burger joint. I ordered something called a potato-mash and chicken bowl, and was given a choice of brown or white gravy. I asked them to mix them together , I felt like a beige gravy this evening.

As anticipated the meal was a bowl containing chicken and mashed potatoes , the real surprise was the addition of a slice of buttered white bread.

I had the option of a salad with the meal, but the sneeze guard looked sneezed on. A lot. I’m not really a fan of anything green.

Since I did SFA today, I’m posting a food photo out of a lack of content.

My Shameless buddy, BillyBob (actually Brandon), was asked to exit the premises. He kept yelling “Suuuuuuuuuuuuuuuueeeeeeeee” at the football game on TV and got obnoxious with the barmaid and refused to leave when asked . A couple of cops turned up and escorted my old pal out of the bar.

I paid my tab and exited stage left. Brandon was yelling at the two officers in the car park as I walked by, that there’s no f$@&$g way he’s taking a cab.

I gave him my number and told him to text if he needed help with bail.

From what I’ve seen so far, I’m unclear why Dorothy didn’t stay the hell over the rainbow.

Utah, recently departed – some Movies and books, based there, I’ve enjoyed:

Books: Shot in the Heart; The never open desert diner; Executioners Song; Under the banner of heaven