I’m going to keep my blog going on a weekly basis. If for no other reason, it might make me look for some variety in life. Save me from boredom.

Stacey and yours truly had a Christmas type event, unraveling my travel gifts to myself. One for you, fifteen for me. I am a child.
Stacey favors the weird looking cross eyed donkey Christmas decoration from Vail. I’m leaning towards the REDRUM mug from the Stanley Hotel, or maybe the Hot Chicken Tee from the Johnny Cash Museum (no clue what it represents but it amuses me), possibly Big Foot bandaids from Wyoming; the original Close Encounters bubblegum cards with a stale stick of from 1978  or ……… 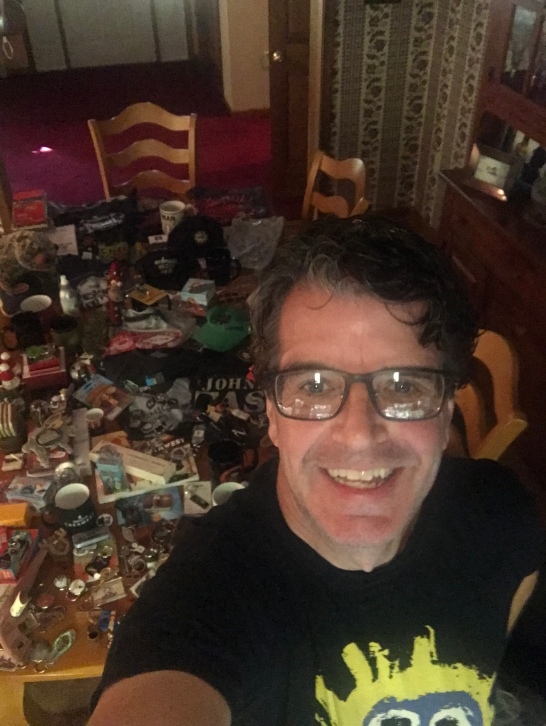 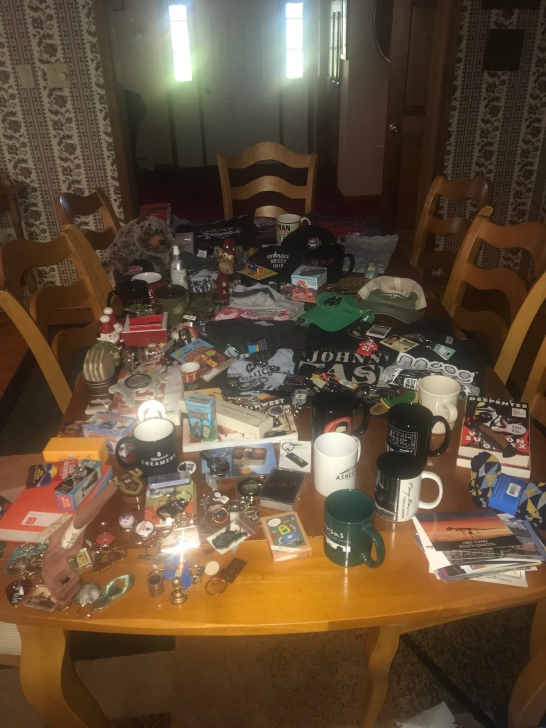 Dozens of keychains for the pinboard.
Did all those exciting things this week that needed doing – called the plumber for a shower leak; the boiler is on the blink ; two months away from my big garden, that needs cleaning up and the garden furniture had to be stored. And there are warning lights on the Escalade; 10,000 miles, the poor thing is exhausted. And Martha Tooleing Stewart here, cultivated my herbs and strung them to dry. Cadillac did give me a 2019 XT5 loaner – sweet.

I watched my first movie in eight weeks, and it had to be a Western in remembrance. Traveling the the West, as a general destination,  was what I was most enamored with on this trip. Tombstone, though far from a masterpiece, is rollicking , iconic fun. Doc Holliday is the best work Val Kilmer has ever done and Kurt Russell plays Wyatt Earp perfectly. Wifey enjoyed it and she’s no fan of cowboy pictures.

I’m also binged six hours of The Sinner on Netflix. It kept me interested and guessing. Bill Pullman is always interesting and who knew Jessica Biel cold act, she was Emmy nominated . Pretty dark and twisted this one, so of course I recommend it.
I did come back to bad news in our Ancramdale neighborhood . Our friends and neighbors, the Millers, had a disasterous Fire in their barn, all their cattle were lost. As is the way up here, the neighbors all came together with fund raisers and a successful GoFundMe campaign . Hopefully the family can recover from this catastrophe . The Millers have helped us out in various ways in our sixteen years in Columbia county.

Met up with my good friend, Mike Waldholz (a real prize winning writer) for lunch at Le Gamin, in Hudson, broad brunch/lunch selection and soso cappuccino.
I’ve been going to Hudson for years. They have a wonderful winter walk parade, every December, where the close down Warren, their main drag , for an evening of holiday festivities, with haycart rides, Carol singers, hot Apple cider stands, thd works. All the stores participate and Christmas up to the max.
The Spotted Dog, Book, Beer and Wine Bar, housed in one of thd older brick buildings on Warren. They’ve a decent book array and a beautiful antique bar up front, almost Irish pub looking.
Warren Street is known for its vast range of antique stores , and has a throng of restaurants and art galleries. We’ve gotten a couple of paintings ourselves from the Carrie Haddad gallery. The Gallery is used as the workplace of Sarah Jessica Parker in that dreary Divorced on HBO. If you hated her in Sex in The City, as I did,  try this gloom fest of a show. 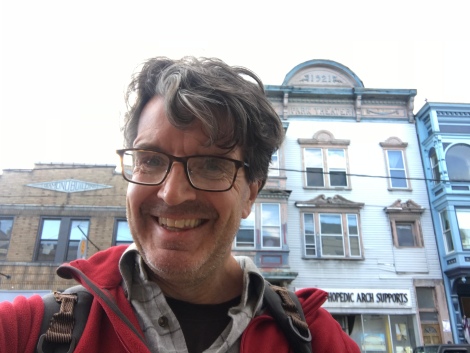 After all this radio listening on the trip , I have  a music question that’s bothering me. Has there ever been a good band named after a City? Boston, Chicago , Kansas – nope. Obviously The Dubliners, but who else?

The Firehouse Museum, in Hudson, covers the multi century history of volunteer firefighting in New York State . They house automated fire trucks dating back to 1902, with a couple of dozen antique pieces. It’s a grand big , dual level warehouse. 75% of firefighters in New York are volunteers to this day, including our firehouse in Ancram. 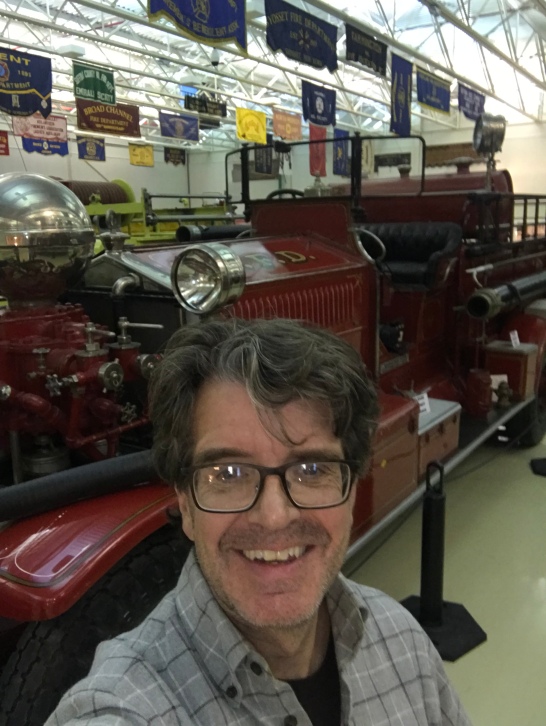 Upstairs houses the non automated machines and steam engines,  all in remarkable condition, there are dozens more pieces. Some date back to the 1700s. Sond extremely beautiful pieces of equipment, considering the tasks they performed.

The wall cases are covered with the history and tools of the firefighting trade, including a collection of speaking trumpets, used to shout instructions.
Great song today – Miles and Miles  – Zero Seven.
Museums on my upstate doorstep. Just a matter of looking around I guess.
If you get the chance to watch Hotel Artemis, don’t . It’s a film lacking a single original idea, deriving it ideas, look and feel from better films , which is not hard because there are few worse. The only thing slightly amusing is watching Jodie Foster shamble around like Cornelius from Planet of the Apes, trying to hold in a turd. That’s what the director seems to think old nurses look like.
Hereditary, on the other hand, is one of my best movies of the year. It’s got the slow burn of The Shining and the building dread of Rosemary’s Baby. I put on my big boy pants and watched alone in the Ancramdale house, middle of the woods. Lights off and everything.

Dropped off the Escalade for resuscitation at the Cadillac shop and visited my friends at Charlotte Taylor. They had me run delivery’s all over Millerton. With tightening immigration , cheap Irish is the best they can do. Cheap as in a lousy cappuccino no pie.

A monument and plaque was dedicated by the Governer. “The truth is out there”, famously claimed Gov. Mulder as his wife Scully cut the ribbon.
The aliens engaged the Reed family here September 1st, 1969. They looked like giant insects,  according to Dad and Brother, Mom & Granny. Granny’s never lie. Finger food  from nearby Guidos was enjoyed by Reeds and ETs alike.
And there is a perfect , mint condition , covered bridge to see for those not alien hunting. It’s open to pedestrians only at the end of a half mile rutted, dirt lane.

The only close encounter of the tooleing kind was with four elderly ladies from Florida , who had stopped to see the bridge, nice enough to take my photo. They were unaware of the extraterrestrial history.
Sicario: Day Of Soldado , was far inferior to the original move, which had a far superior director. The sequel had a couple of good action sequences but tried to pander to a larger audience, with a weak kidnapping plot, and a teenage victim. It felt incomplete in all of its character and story lines. Benicio is always great to watch though, so it’s not a complete waste.

Oh, Country Living. Awoke to the sounds of squeaking from my bathroom early this morning. There was a mouse swimming in my toilet. Mickey meet Nemo.

“It”, surprised me. It is one of the better Stephen King adaptations. The film had the look, sound and feel of a Spielberg film, if he made a gory R Rated horror film. A little like ET or The Goonies, in that adults are never really present or people who take effective actions. There’s a touch of Don’t Look Now in there too. Smart move splitting the book in two, I look forward to the second chapter.
Back to Manhattan with a blast, two hour drive took three and a half. Lots of laying on the horn. I’m baaaaaaack.

Looking out on the bustle of Park Avenue, from the apartment, I feel like Mac, from the last scene of Local Hero. A little sad the trips all done and a little optimistic about my next trip and an excellent reminder of all the great things out there to see. I think I’m going to start looking for non traditional tourist destinations in my own town, I live and work by some of the Worlds Biggest and more popular sites.  My office is by the Freedom Tower and five minutes walk from Wall Street; our apartment overlooks Park Avenue, blocks from Grand Central Station, minutes from Madison Square Garden   .
You all should find Local Hero to watch. That movie will put a big smile on your face and has a killer score by Mark Knopfler. There are not that many nice films that are this good. Certainly not many I like.
Work Monday. 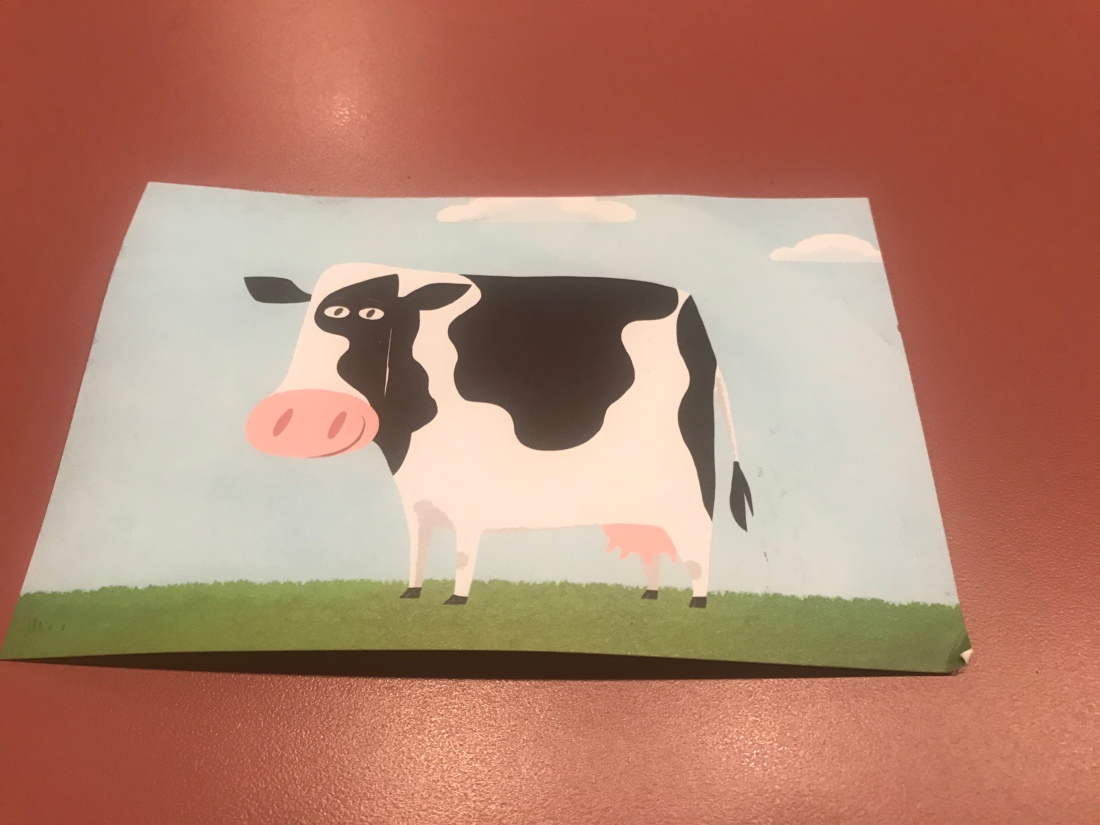 5 thoughts on “Tooleing Around: Back and Keeping my Self Amused Week 1”