Skip to content
Tooleing around Uncategorized September 22, 2018 5 Minutes
Over breakfast I had a long conversation with Lee and Bonnie Manicke , locals from nearby Polson. They were in town last night to see a performance by Herb Alpert and his wife Lonnie Hall.

We could bond over Herb, I used to play a lot of his pieces back in my Brass Band days -Spanish Fly a big crowd favorite. 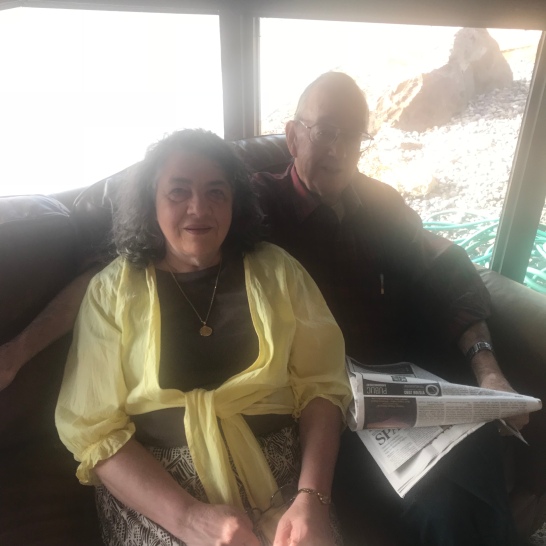 Lee enjoyed the show but is more of a C&W man, Bonnie loves Herb (a favorite of my mother too) who they felt still sounds great but his hearing is not so hot. He had a hard time with audience questions.
Lee is about to turn the same age as Herb next month, 83. The couple celebrated both their 50th Anniversary last year and the arrival of their first grandchild December 30th, to keep up the family names.
Lee , now retired, ran his own property appraisal business from home.
They gave me great instructions on what to see and how to get there. You can’t beat local knowledge.
A pleasant way to start the day.
I’ve put on my hiking boots, for the first time ever, to act like a real traveler for a day. 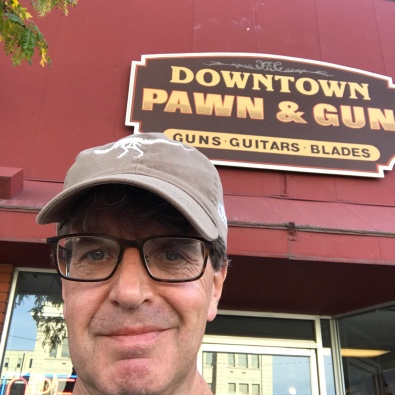 Missoula definitely has that artsy college feel; purple hair; piercings ; ill fitting jumpers;  plaid shirts ;the great unwashed and a spattering of homeless; douchey man buns & beards ; coffee shops and bars, lots of bars.
Love this town already, so I booked another night, different hotel.
Splendid first cappuccino of the day at Zootown with a coolest kid on the block baristas.

A number of people recommended the M Trail, across the bridge, behind the football stadium , so I took a stroll.

I crossed the Clark Fork River , from A Rivers Runs Through it and caught a trout in my backpack in the very spot Brad Pitt stood in his waders. I had a local restaurant debone and sautéed it, with a little butter, a little garlic, a little black pepper, and a little lemon juice, for a small fee.
The walk took me though the Montana State University, home of the Montana Grizzlys , playing tomorrow. Suddenly the name “M   Trail” started to make more sense. UMs Mountain is one of the most popular trails in the state, cleared by students in 1909.

I shouldn’t have worn jeans. It’s in the 70s and not a bit of shade on this mountain.
I met a seven year old and his mom finishing the hike. I could do this.

There are 14 Trail options. It’s .8 of a mile up to the giant M. I was thankful  for all those elliptical hours. You could see the Grizzly an the field below training.

I definitely should not have worn jeans.
There are viewing benches strategically positioned all the way up. The Big M was not at the plumit. Holy God – I had more to climb.

I had a multi faceted conversation with  Gail Oss & and her beautiful step daughter Bella, and her two rescue puppies, as we all descended the mountain.

Gail, a genealogist, does volunteer work as a DNA Angel,  searching to find birth parents for adoptees.
Gail delights in the humane aspect of the work and takes huge intellectual satisfaction in putting the puzzle pieces together. Just today she got a tearful call from an adoptee she helped reunite.
Gail and her husband, from the Bronx, did a three week exchange in Galway 15 years ago. They frequented Roisin Dubh’s bar when they were there. Roisin’s is a two minute walk from my home, along the canal, back in Ireland  Where they loved the Pub culture that was a time you could still smoke in bard, which they found tough.

With a sackful of adoption stories to share,  from the uplifting to the heartbreaking, Gail would like to start a blog and is trying to come up with a catchy title. I would look forward to reading them.
Gail gave me explicit recommendations for Glacier, which I’m going to follow. She’s a seasoned visitor.
I should have worn shorts.
Crossed the other bridge from town the center and visited  Shakespeare & Company, on a recommendation from Lorna. Shakespeare’s had an unusual book collection in a fun store and the owner knew Lorna. Said she was a peach.
I bought a graphic, award winning novel, Kindred and Last Exit to Wisdom by a renowned Montanan author. 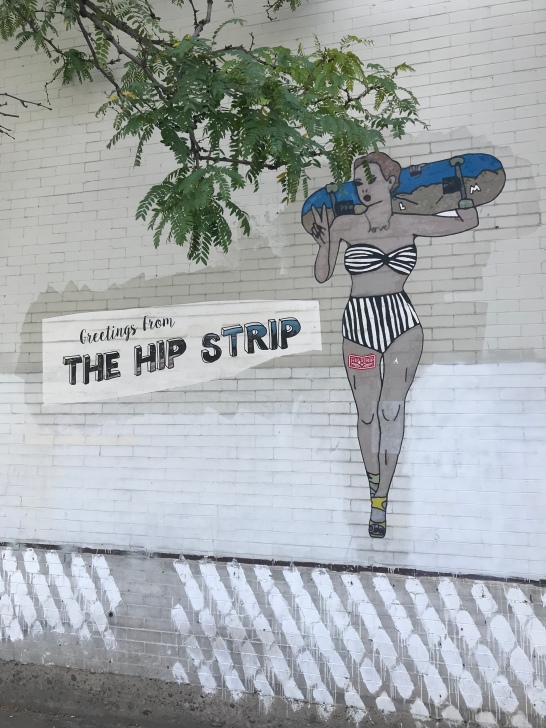 There are some attractive boutiques and restaurants over the Higgins Ave Bridge and a nice riverside walk that side, overlooking fly fishermen and kayakers.
Then back across the river and into Plonk for a drink, a wine bar and upscale restaurant with an old school detailed ceiling. Best OJ and Club Soda I’ve ever had, tasted like a 2015, buttery with a hint of oak.
Once again, on a Lorna recommendation, I went to Top Hat, a downtown Gastro Pub, and hopping music venue. Met Steve at the bar. He just back in from a day of trout fishing, having arrived in town Tuesday. He shared some photos of the rainbow and cut throats he caught the past few days, all get thrown back. He been coming here fishing a dozen plus years from Minneapolis and had seen Missoula improve on each visit. 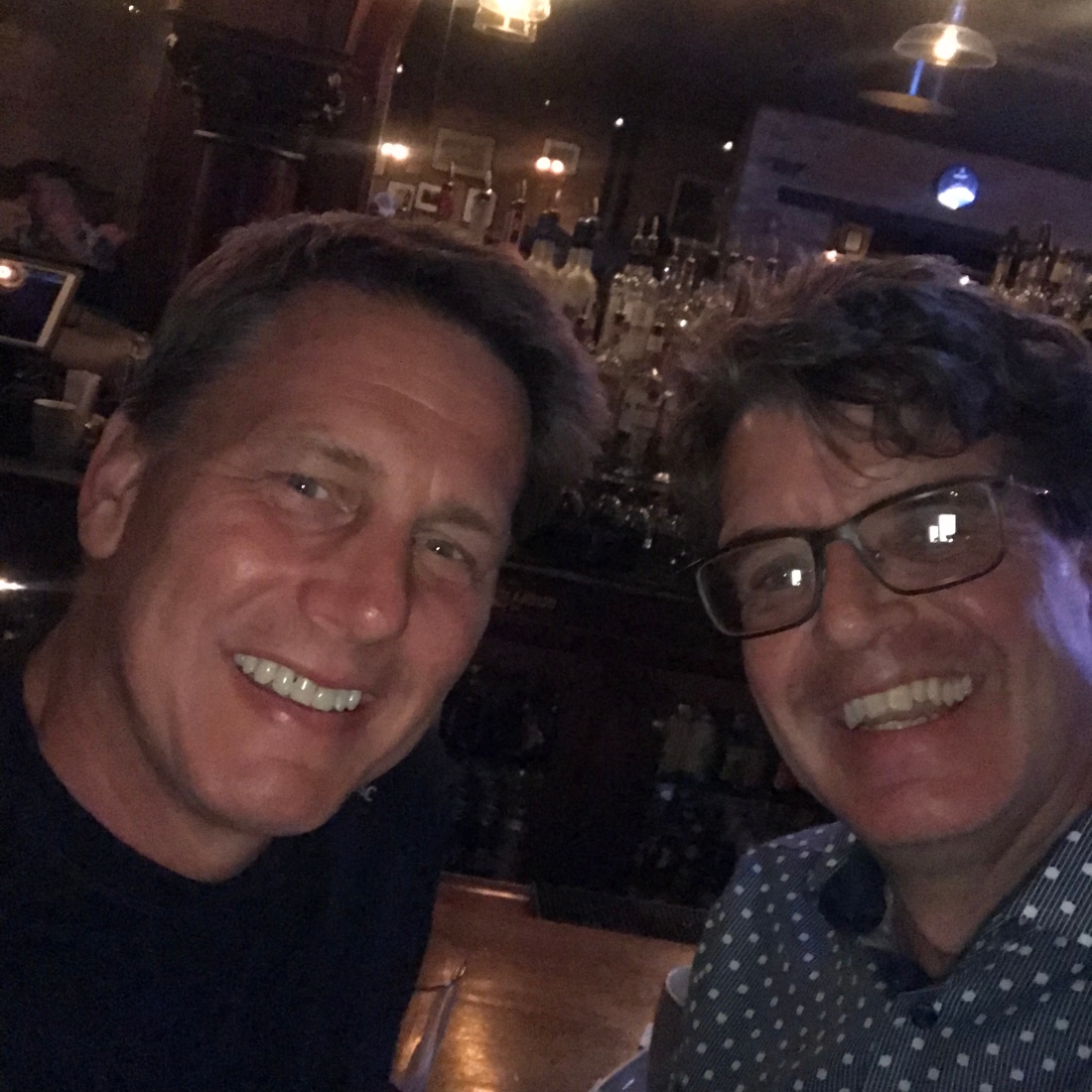 Steve had his own consulting services firm, is a Harvard business grad and was a Basketball recruit at UND. Steve and I were able to make the comparisons between his background and mine, on the Kayak team for the Regional Technical  College Galway.
The marinated chicken tacos with the House Hush Puppird were delicious.
And then the music began.
Red onion Purple opened for Kuinks and between the two they covered a broad spectrum of musical instruments: bass chellos; fiddles; banjos; drums ; ukulele; guitars and my favorite instrument of the night , a saw. You haven’t heard music until you see a saw player.
Sadly no cowbell.

Onion opened with an odd cover of Golden Brown by The Stranglers, a favorite of mine. Red Onion Purple sounded great but did look like an SNL skit , as Steve pointed out.
Both bands were completely fun.
We crossed the road to what must be the melting pot of Missoula, The Stockmans Bar; an old school drinking establishment with an age range from 21 to 90 and as big an ethnic mix as you are likely to find in Montana. There was also a sampling of testosterone fueled local bodybuilders, wandering the floors.

As the Stockmans logo says,  “Liquor in the front. Poker in the rear.” There was indeed a bar as you entered and a Texas Hold ‘Em game running in the back. The blaring Rap music was a strange selection for the establishment but everyone seemed in fine form .

Steve and myself finish our drinks and went out jolly ways. Hopefully we will reconnect in Manhattan, where he travels to frequently.