Breakfast at Zootown, cheddar, ham and pepper bagel. Chelsea is going to Ireland for 10 days next May. Everyone is going to Ireland. Brian is having issues putting down late night tracks . Brad is back from Vegas and everyone’s is happy to see him. Brian is playing air guitar to The Killers. Chelsea is working on het degree in Social Studiesand working with refugee family’s in Missoula , some from the Congo. Brian would love to see U2 but hasn’t yet. He heard Bono lost his voice.
Missoula has taken  in over 270 refugee family’s here in Montana. Chelsea worked in Jordan for a number of months last year, with Syrian refugees. Some of the issues that Refugees need to deal with in their new USA home are food poisoning , food cant be left in the open air here as it could in some of their homelands and a fear of the snow. Many of these emigrants have never encountered cold ot seen snow before and need to learn how to dress. Honorable work.

On everybody’s recommendation I took a meander around the river side, Saturday Farmers Market. Some of the more interesting sellers were the Hillbilly Hindu ( honey lemonade) and The Wandering Jew of Old World Remedies ( I have no idea). It’s game day, the town is humming. You have not lived until you hear Amazing Grace played on the saw. The saw, much like its Celtic cousin, thd bagpipe, needs the right piece of music to portray its true beauty as an instrument. 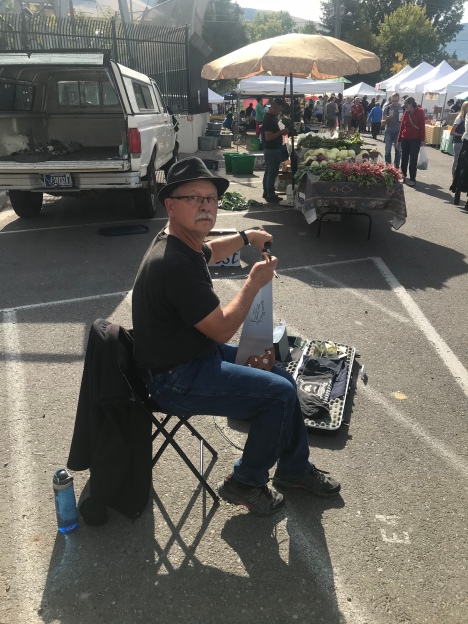 So many people I met in Missoula told me they came and never left, or left and came back . With its fun, funky mix of people and establishments and nature right on the doorstep, I can understand why . I’m sorry to leave.
Glacier National Park, Going-To-The-Sun Road – here I come.

The first hour out was bland but then a large weird sign that just said Museum appeared on the horizon .
And how often in life do we get the chance to drive down Memory Lane! I had found the Museum of Pioneering Americana, whatever the hell that is.

Who would have thought a drive down memory lane would bring me to the most fun Museum I’ve been in, just off the highway in Polson, Montana.

It’s impossible to give a real sense of this place. All of $6 entry it’s got a main building mobbed with curios as its entry and four acres of eccentric memorabilia: army collectibles; the states largest stuffed buffalo; a preserved 50s diner; military helicopters and Jeep’s; antique gas pumps; a magnificent collection of antique motorcycles; creepy dolls and hearses; foldable bicycles;historic buildings ; an alien autopsy center…………….tip of the iceberg… 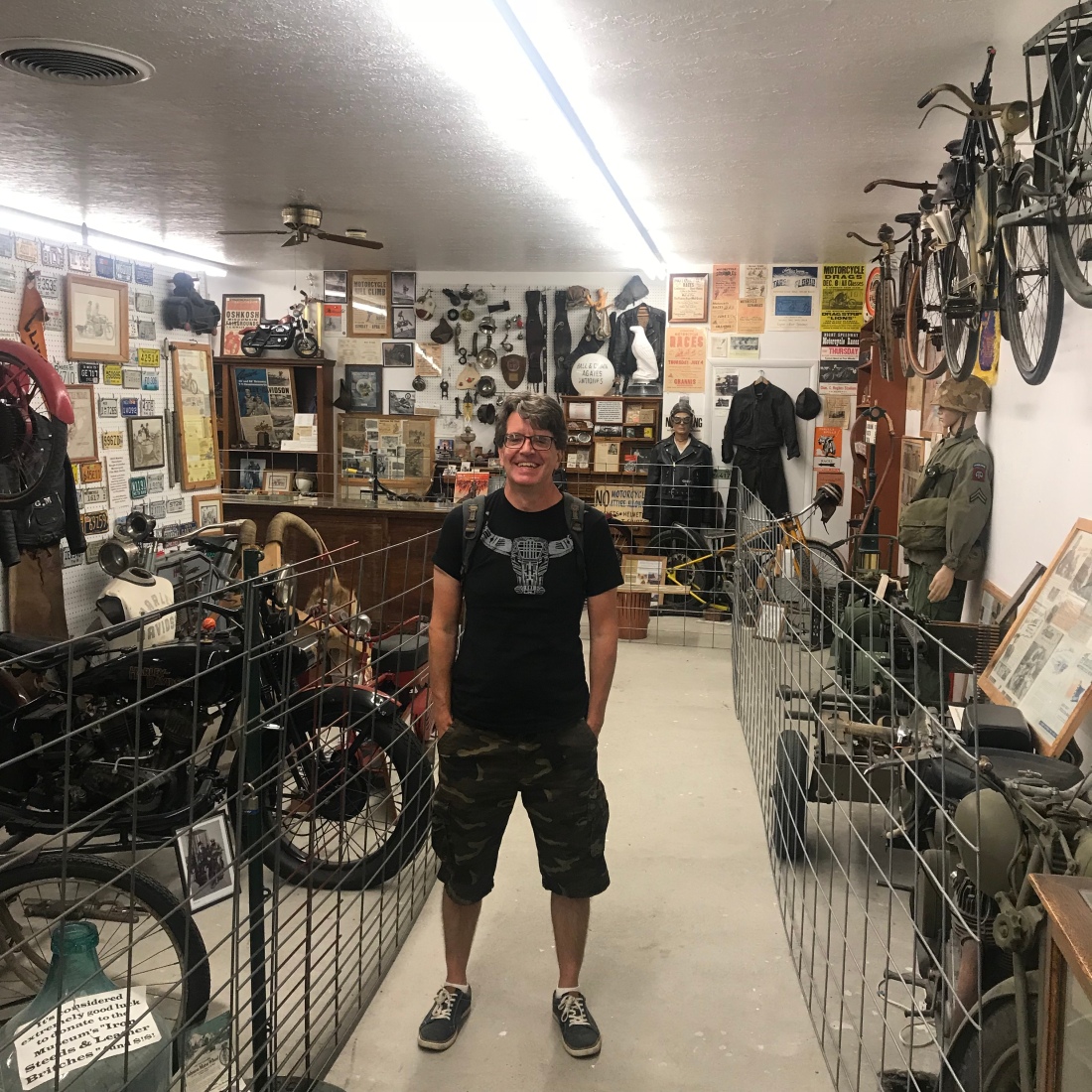 Just go to the place , it will put a huge smile on your face. What a fabulous find. I bought another t-shirt. 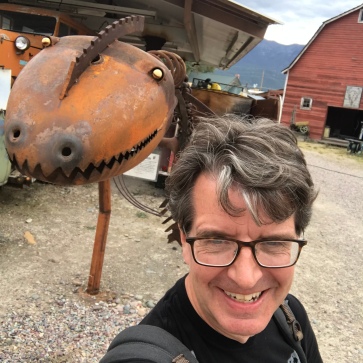 Marge, at the gift counter, recommended I take the more scenic route 35 around Flathead lake into Bigfork. It was a good call but driving North brought me in to rain. I stopped at Bigfork for a drink. Picturesque little town but a lot of it already closed for the season. Stopped in at the Garden Bar, lots of drunks watching the Grizzlys . 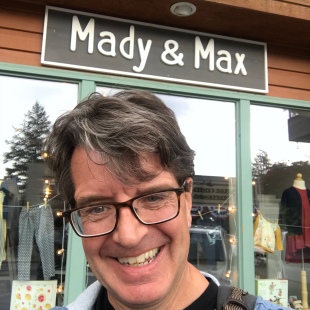 Lesson one in Glacier, not a lot to do when it rains. The Locals are happy for the rain with all the recent fires around though.
Fortunately I’m enjoying my latest audio book, Ranger Games, non fiction about a group of Rangers robbed a bank. It’s a fascinating story and social study.
Drove on to West Glacier and got coffee and tater tots with Aoli, a house made specialty, at Cafe Delight, right at the entry to the Park. Best Tatar Tots ever and Anne at the counter set me straight on where to look for accommodations – 40 miles to Whitefish , a ski town. Anne’s ex was an Irishman from NY. What can I say ? She leaves here for Florida when the season ends in a couple of weeks, going to Key Largo. 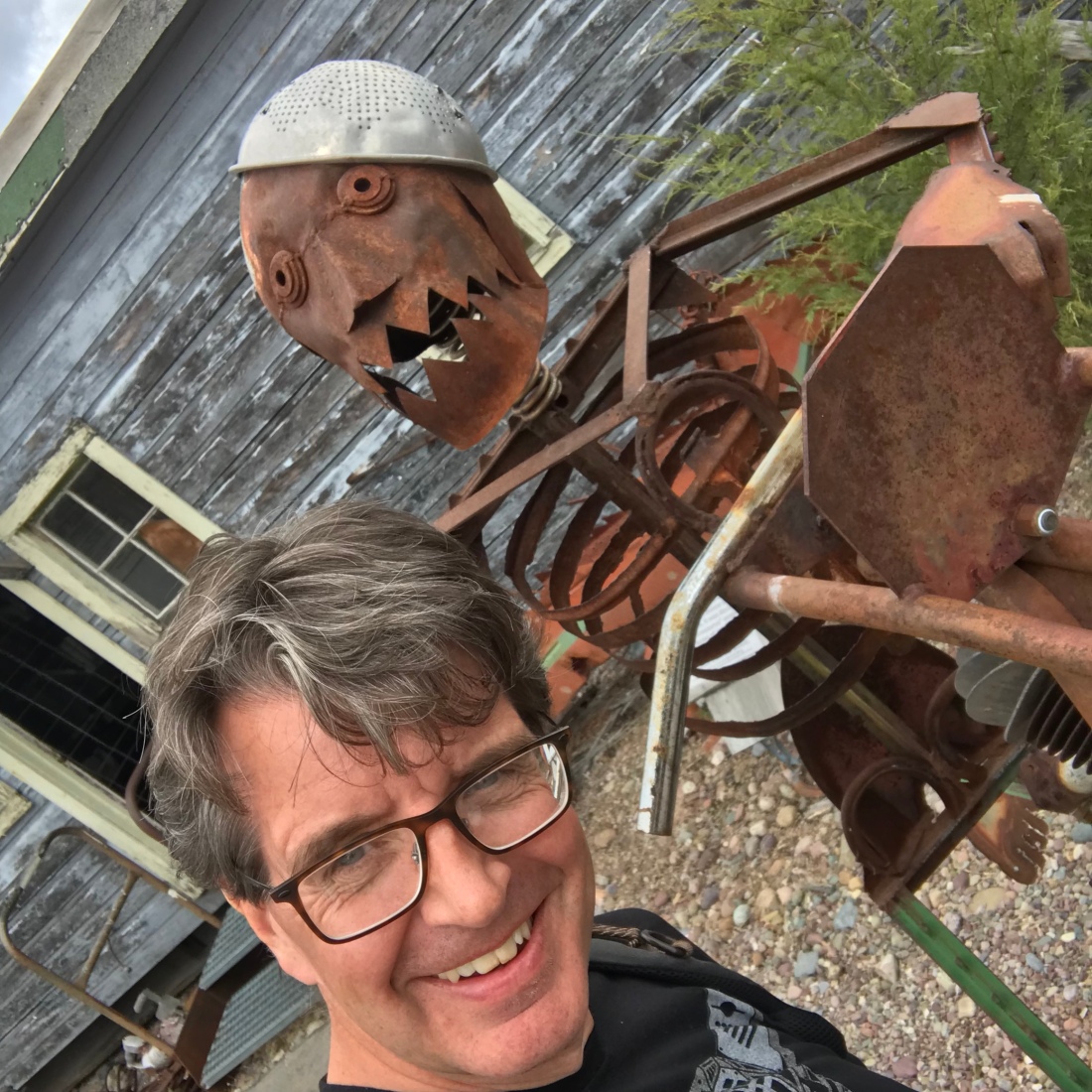 It’s coming down cats and dogs here at West Glacier.
Lesson two in Glacier : Huckleberries . All I know of huckeberries is Doc Holliday (Val Kilmer) in Tombstone repeatedly saying “I’m your Huckleberry”. Will try some pie later.

Fortunately Kandahar Lodge has a restaurant and a bar, because I was not driving back down those 5 mountain miles in the dark.  It’s a beautiful ski lodge with a roaring fire in the lobby, the first hotel wifey would really have liked. It’s booked up as most other residencies in the area are currently closed for the season. 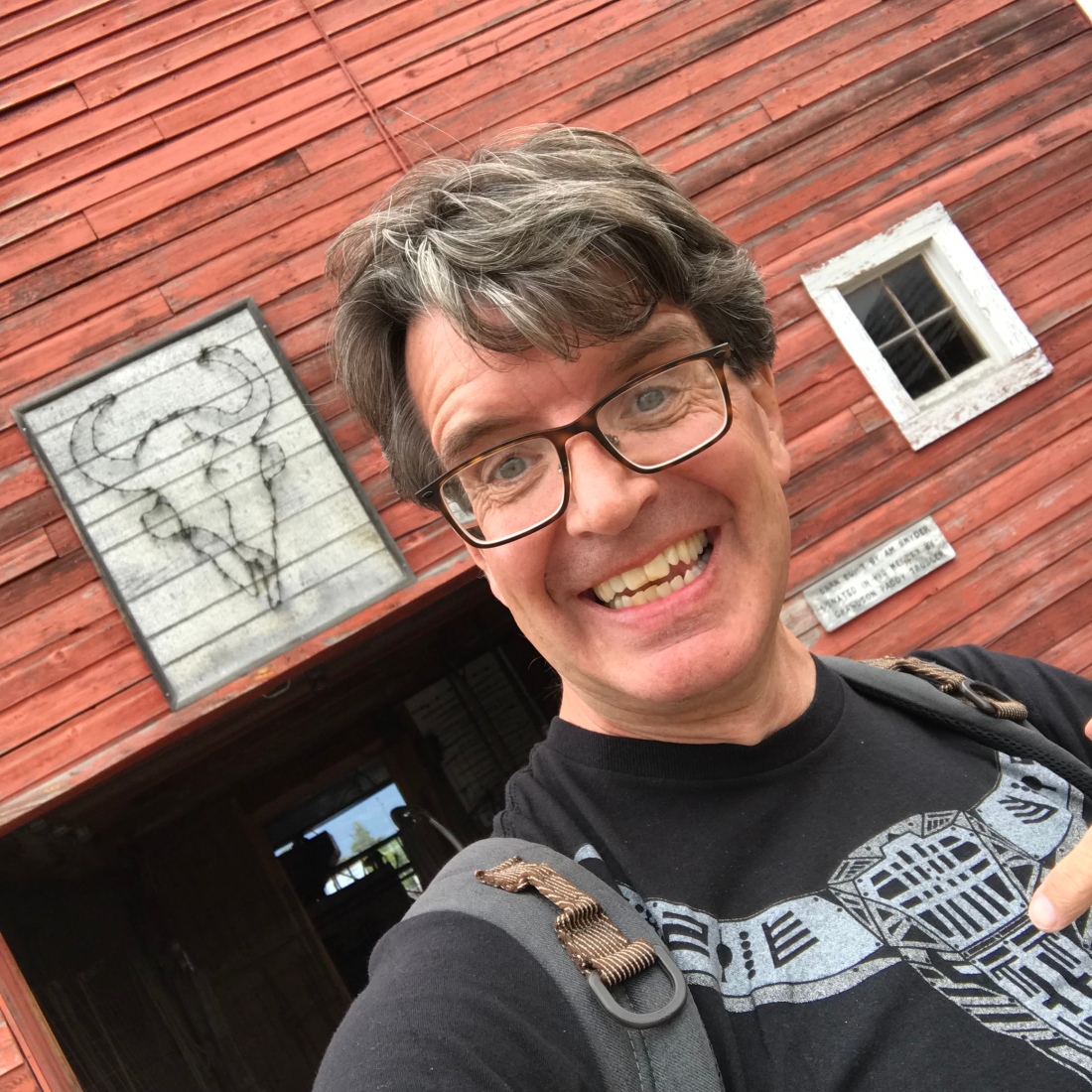 Took advantage of the gym and steam room then went to the bar to eat. I’ve seen bigger bathtoomd , 8 seats and that includes two at the bar counter. I’m 33.3% of the clientele. The steam room was bigger.

Talked to no one and to add insult to injury the bartender had a mingey beard and an man bun telling loud not interesting stories and jokes you just know he had told a thousand times and probably aren’t true and says “like” every two words. Thsts my job.
The bar closed closed at 10.
Hotel: $135
Dinner: $22
Gas: $43
Hoping to get some sun for Going-To-The-Sun tomorrow.