Skip to content
Tooleing around Uncategorized September 24, 2018 3 Minutes
Continental breakfast was an array of cold products and a toaster, lots of kids running around , limited space and some frizzy haired middle aged woman reading a local newspaper loudly to her partner. Breakfast buffets are definitely not the way for my cranky morning self. Unfortunately,  it was the only game in town. But good coffee.
I sat under a stairwell . Nobody wears skirts anymore. 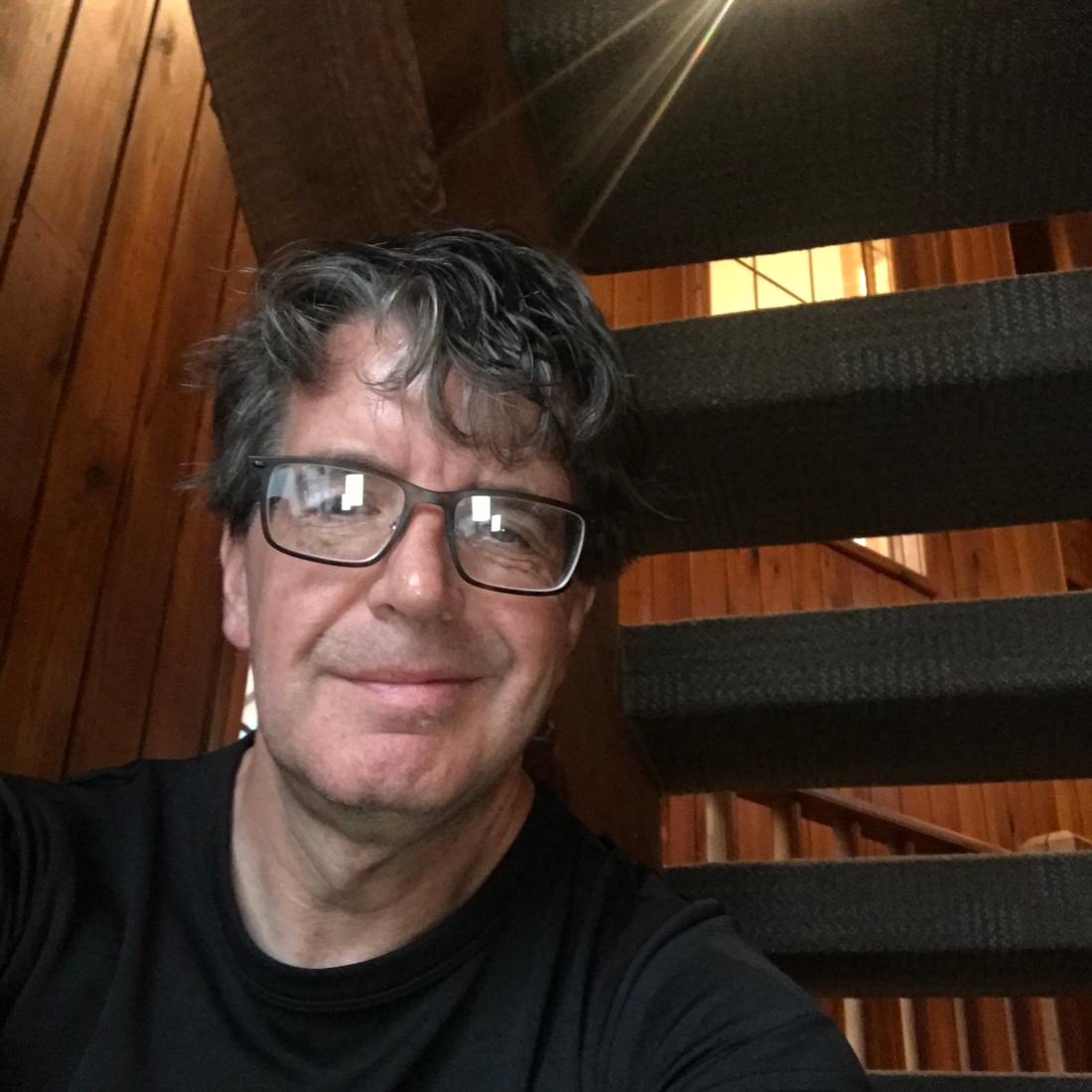 Dinner last night was a Duck Prosciutto Pizza. The duck must have flown South, no sign of any on the pie and what remained was a soggy, cheesy, thin dough.
Room was great though. Well fed, coffeed up and ready to check out  the slopes. I took a walk up to Whitefish Village , with its pleasing lodges, stores and views, but currently deserted, save for a couple of unlikely looking mountain bikers . I can only imagine it’s hopping in snow season. 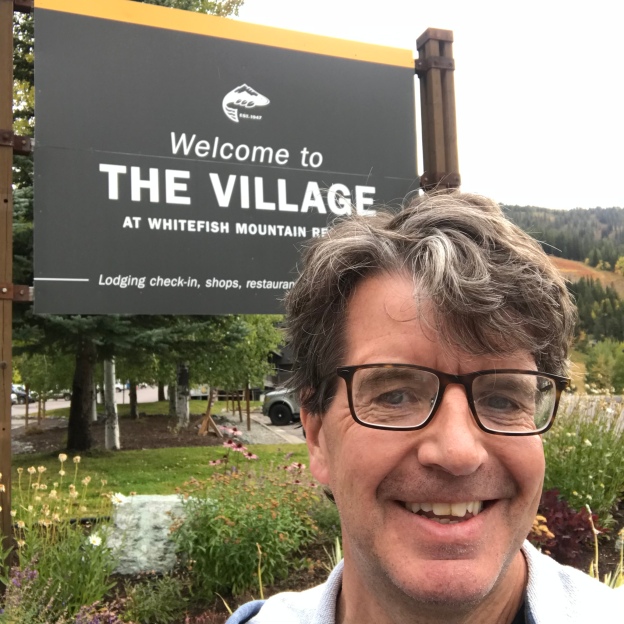 Five miles down Big Mountain and 40 miles back to West Glacier to give Going to The Sun Road another shot .
Noticed there’s not a lot open around here in Sunday’s . Passed some massive Jesus signs and there are intermittent creepy white cross road markers, I still haven’t figured out across the state.
I was going to check out the Grizzly Sanctuary, but I saw a sign that said “Bear Left” so I turned around (Dad Joke #72). 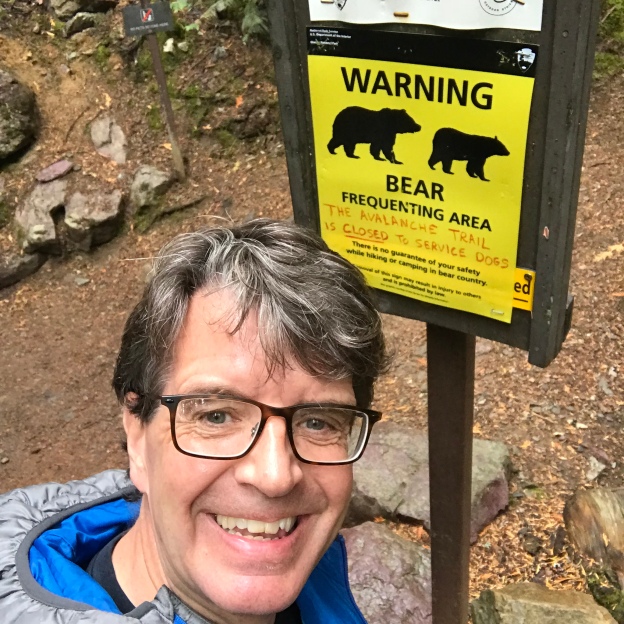 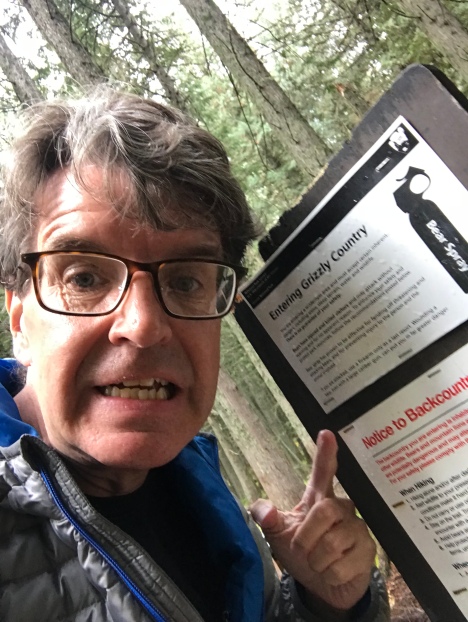 Got to use my National Parks Pass for the 4th tons getting in the west gate st Glacier. I took the road that would take me fully west to east across Park.
My first stop was at Avalanche Lake. I don’t think I’ve ever smelled air as fresh as the mix of fir, cedar and maple, as I proceeded along the well marked trails. The entry signs recommended carrying Grizzly Spray – I was empty handed, naked in the Wild. As long as I was not the slowest runner, I’d be grand.
Everyone thinks they are shooting photographs for National Geographic the minute they step in to these parks. There were amateurs with tripods all over the paths.

Mary, the ranger , recommended the two mile hike up to Glacier lake , 500 feet elevation.
Two dozen baseball caps in the car and I didn’t bring one. I’m a foggy glassed idiot. 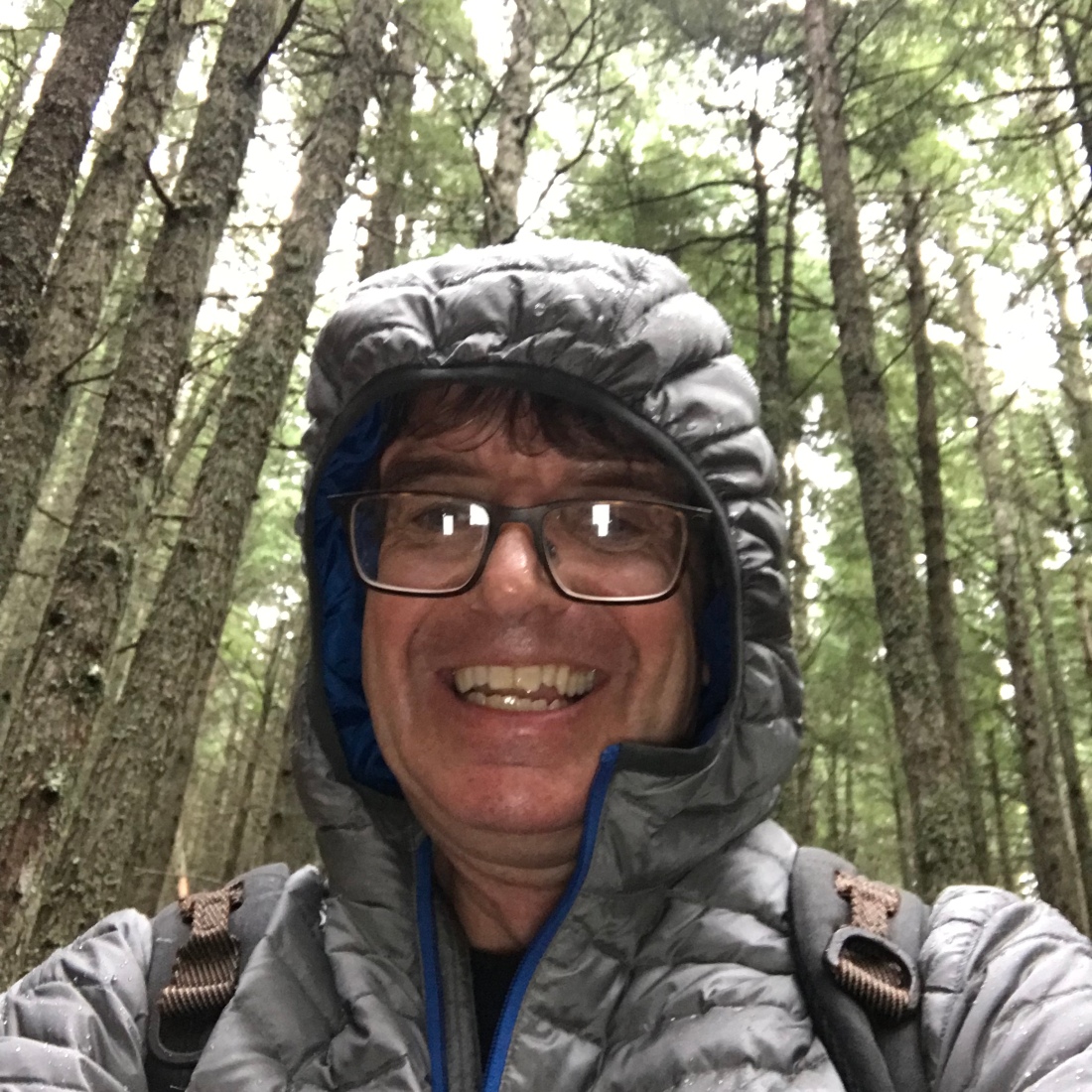 You could hear the river rushing below as you hiked the teo miles through spectacular forest then the payoff, Avalanche Lake, one of the most majestic scenes I’ve encountered, surrounded by forest and cascading falls coming off the mountains. Worth every step..

Chatted with the Sakas family and we traded photography services. Mom, Dad, two daughters and son in law are out of Mentor, Ohio – my first stop. They had lots of bear spray.
I needed to pee but not that badly.

Back down at the Escalade, I was wet but I was well pleased with that breathtaking five mile round trip saunter . Fortunately there was only one trail there and back so I didn’t lose myself or the car.
I’m sopping, the rain got ridiculous, there was only myself and a couple of eejits in lumberjackets still outdoors. I turned left and headed for the bone in the pork chop of Idaho. I’d gone as far in to Glacier as I was going to in this weather. 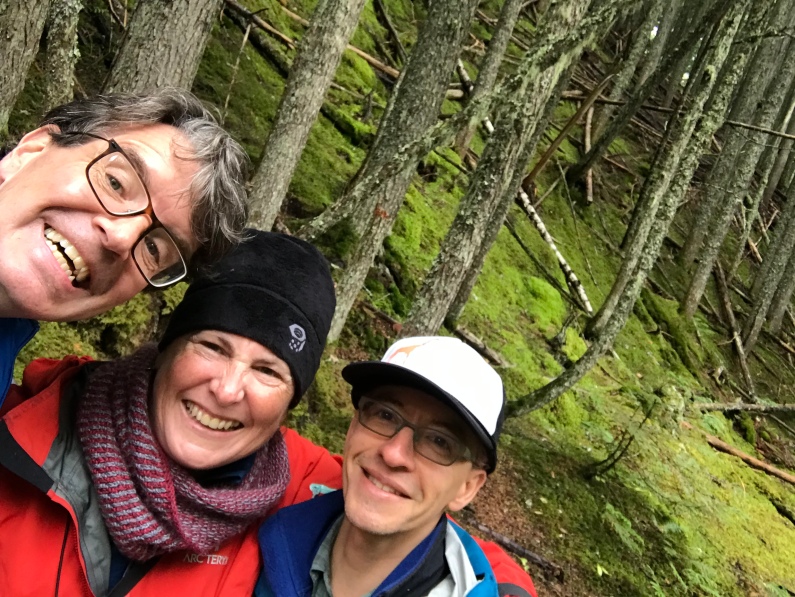 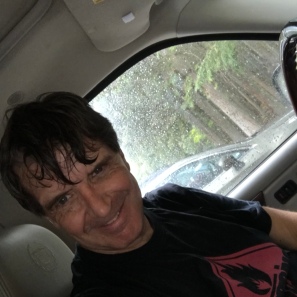 Went back to Cafe Delight to put on dry clothes and try the Huckleberry pie (very good). Anne recommended Coeur D’Alene in Idaho as a destination, so that’s where I’m heading.
My first huckleberry pie.

So much of the drive from Montana to Idaho reminded me of the opening credits from The Shining (and closing of the original cut of Blade Runner for any trivia geeks). I90W is the most beautiful highway I’ve ever driven.
Rain turned to a magnificent evening as I drove West, rounded Flathead Lake and negotiated  the plains.
245 miles later I’m eating Cajun Chicken and Pasta in Crafted, Coeur D’Alene, Northern Idaho . Everything is closing at 8. Six hours plus driving today and I’m in another different time zone. 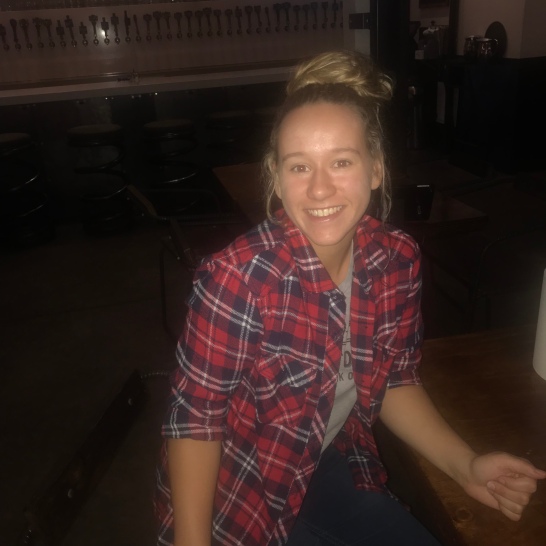 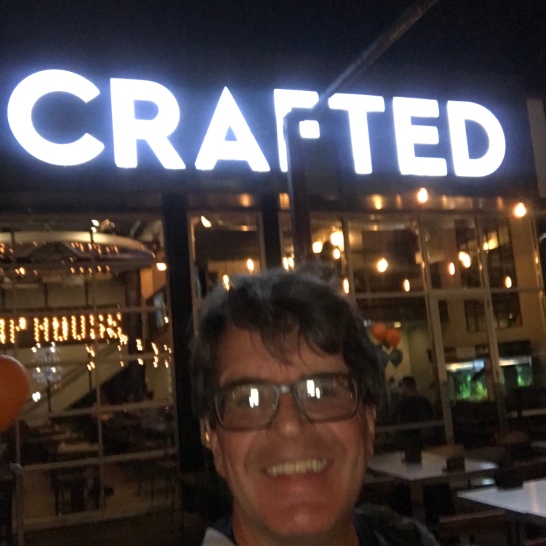 I just found out from my server that Coeur D’Alene is on Lake Coeur D’Alene. Coincidence? Becca was a real sweetheart and gave me the run down on town and what to see. She’s studying pediatric nursing and was the only person that would talk to me today , if only for a fleeting moment.
My Escalade smells like a damp mongrel.
“Heeeeeeeeeeeeeeres Karly”.
Hotel: $98
Gas: $52
Dinner: $15
Some Montana based recommendations:
Lonesome Dove: I know the story of a cattle drive from Texas to Montana will not appeal as a concept, but this is such a magnificent book. Watch the mini series after you read it. My favorite book.
Black Cherry Blues: I’m not one for book series, but the Robicheaux novels, from James Lee Burke, are masterful.
Movies: Arrival; Little Big Man (also a great book); Shooter & Open Range – both worth a peek. Thunderbolt and Lightfoot – excellent 70s heist movie with young Eastwood and very young Bridges.