We started the day at The Preston for brunch, one of our Hotel’s restaurants. It also has an old school, Angelina style, five screen cinema in the lobby. 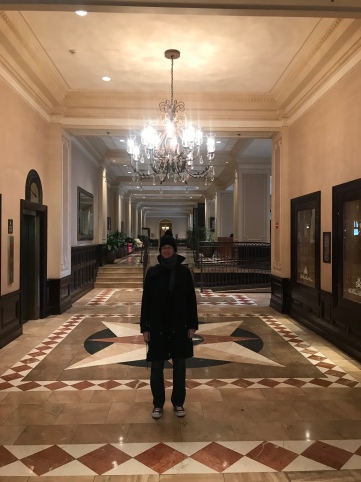 Today I made my decision on the fast and rude versus slow and polite question. Fast & Rude everytime. The Preston service was woeful but sweet it took twenty minutes before we even saw a waiter. He was such a nice little old man I couldn’t even be snarky, I nearly had a nosebleed holding it in. Very good bacon, egg and home fries and our sweet waiter forgot the toast, even after reminding.

Onward to the home of the Budweiser horsies. 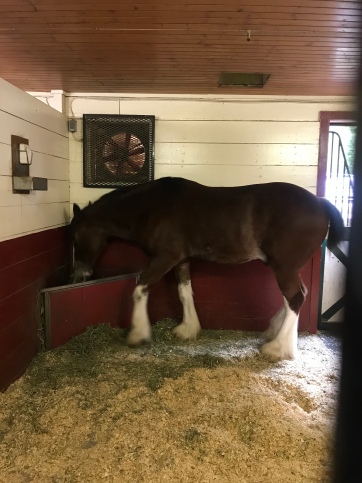 Grants Farm was built by old Ulysses S Grant back in 1848. The current format opened to the public in 1954 and hosts 900 animals, 200 Clydesdales. The horses are not bred here but come here for training and to learn their social graces, they need to get used to people. The Farm is on 450 acres.

October they host haunted Halloween rides in the evenings, there are decorations all over the property. They get thousands turning up for the haunted rides in costume on the weekend evenings.
The property holds  five variety of deer, elk, zebra, giraffe, yak, longhorns, lemurs, goats, camel, Oreo cookie cows, Wild turkey, bison , llama , elephants, kangaroo,  and ducks, always ducks. It’s a pleasant half hour tram ride through the safari of the meek. 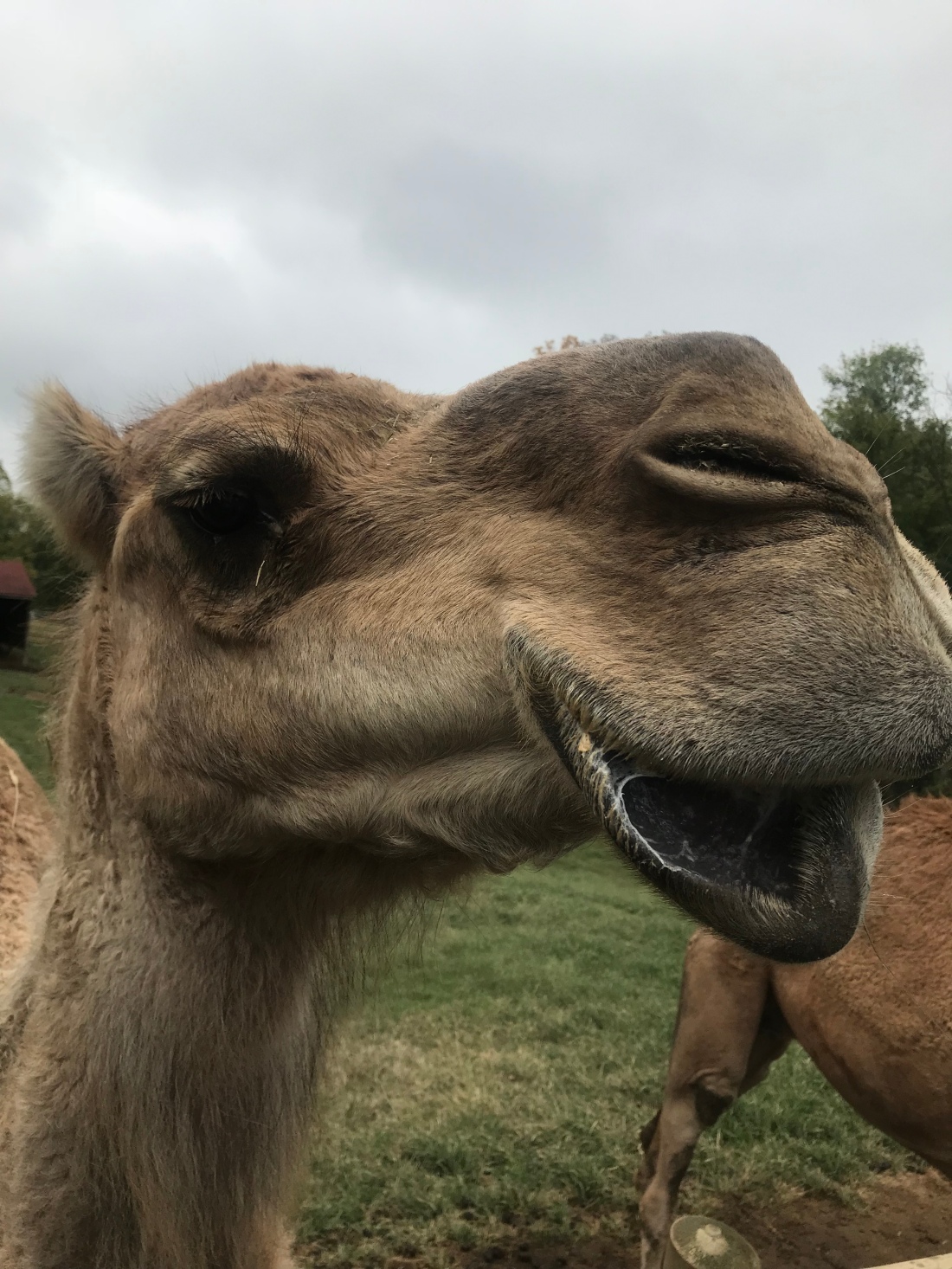 There is also a gigantic, multi species petting zoo. The kids were a having a blast feeding the animals. I watched a camel snatch a full cone of feed from a little 3 year old, she was cracking up, it was hilarious.
But most importantly, they have hand sanatizer everywhere. All this hay and horseshit kills me. 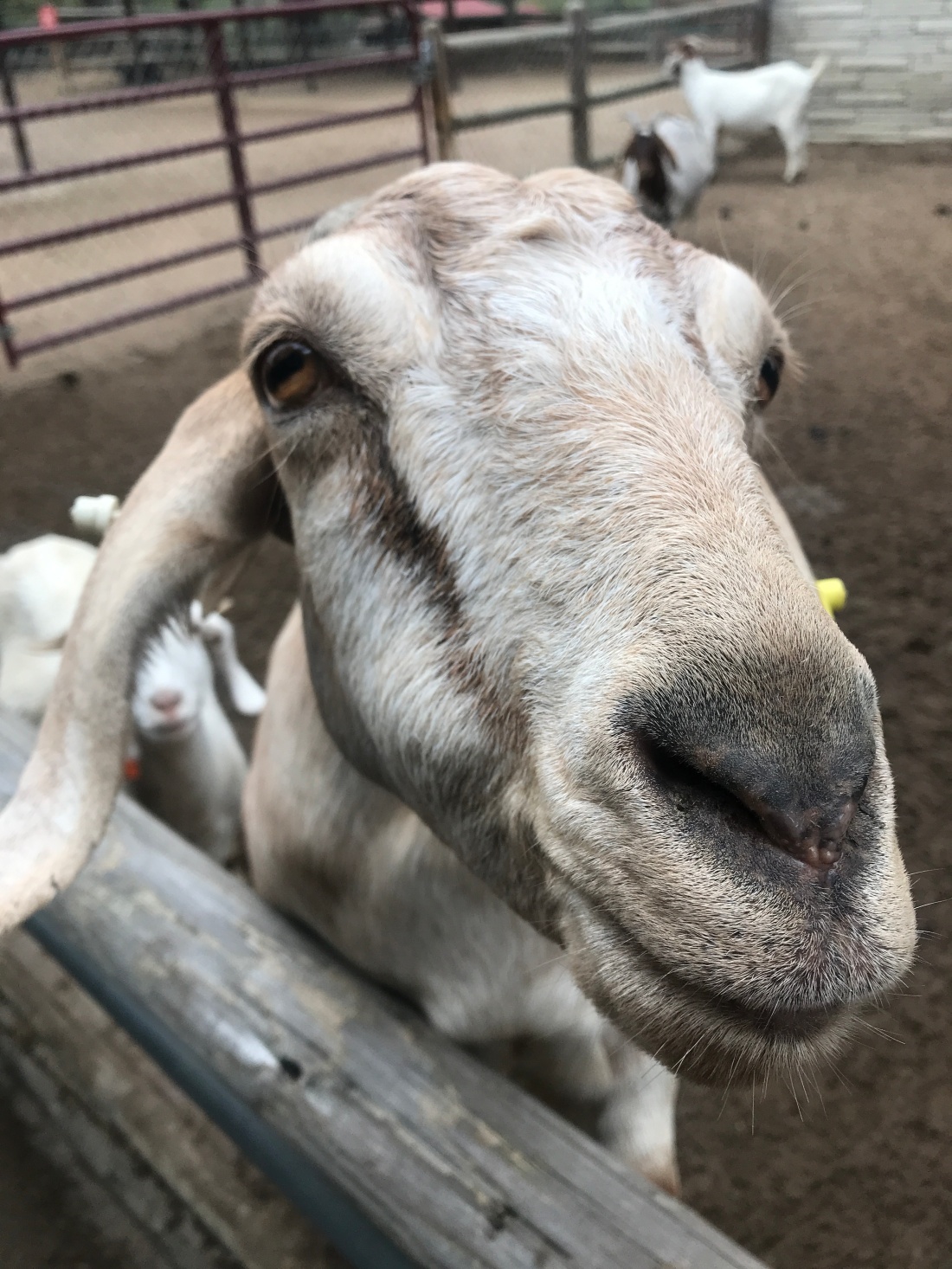 I found my old friend Ginny, she had escaped from certain death in the Grizzly rescue and made her way East. Unfortunately, she was recaptured trying to cross the Mississippi in a kayak and was now awaiting deportation, back to the Montana Grizzly Encounter.
“ Kaaaaaaaaaaaaaaaaaaaarl”….

You get two free Budweiser’s with your entry, all served in the large Busch beer garden blaring German Polka, that most American of music . The beer garden also  includes a collection of antique travel coaches and sleighs  in mint condition. I’m seeing a lot of coaches & wagons this trip.

And of course the magnificent Clydesdales. As an avid equestrian myself, looking at these majestic animals today I thought to myself, how imperial man must feel on a horse . We drove back to downtown from Grants Farm and parked alongside the Mississippi River. With extreme rains lately there has been a lot of flooding, the water levels can be seen far up the steps that usually lead down to the riverside cobblestone  walkways. Illinois can be seen on the far bank, across the massive tree trunks, fast flowing down the river. 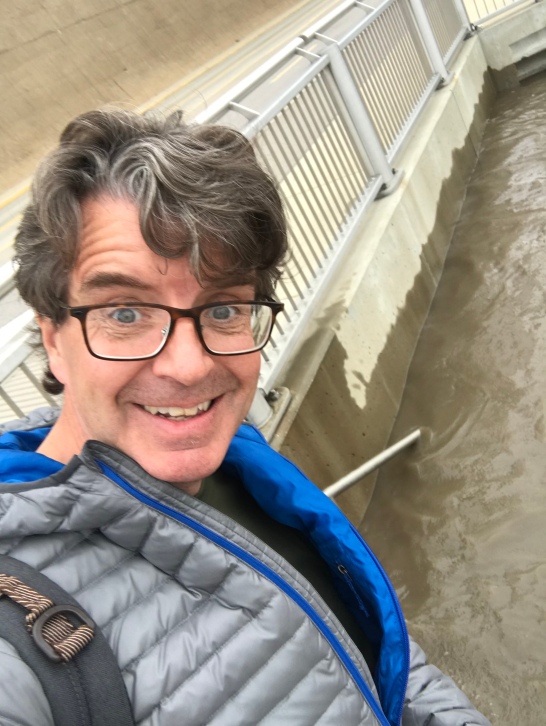 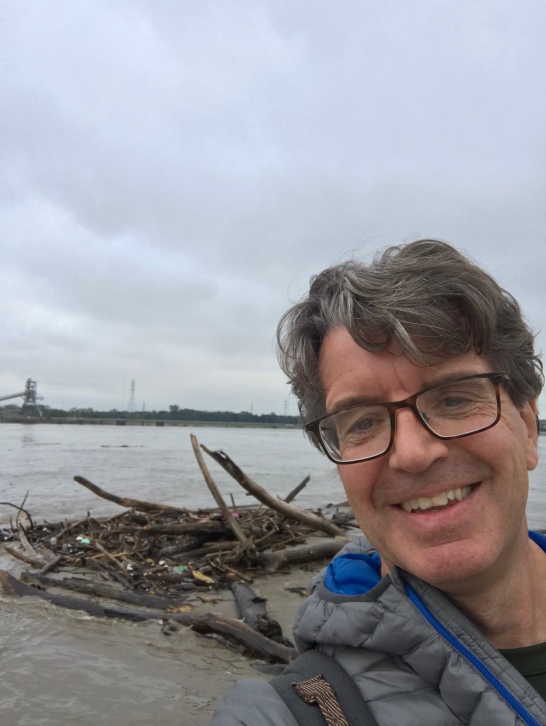 Much like Mount Rushmore, the St. Louis Arch surprised me, it’s far more impressive in the flesh than I could have imagined. 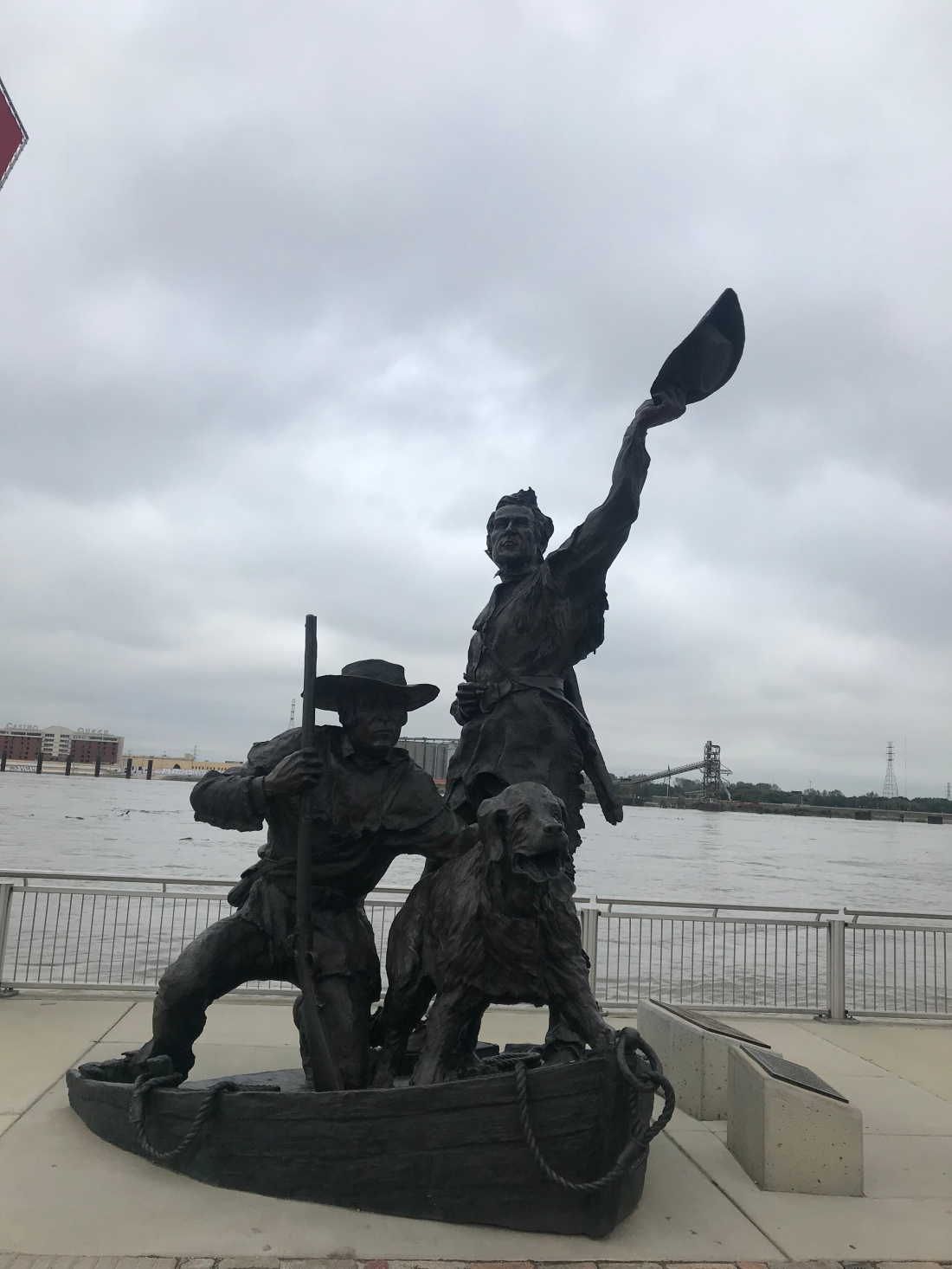 A metal monument to Louis and Clarke and Spot’s return from the West, is stationed at the bottom of the steps,leading up to the Arch.

There is something alien about the 630 foot tall metallic  structure. It’s impossible to explain its effect, it has to be seen. It’s the tallest man made arch in the world and symbolizes the Westward expansion of the USA. The small viewing windows
are just about visible from street level.

We went underground through the Museum and paid for the tram tickets to the top of the Arch. You are asked, for good reason as it turns out, as you get the tickets, if you have a fear of heights or claustrophobia. Ish!
I got discount with my National Parks Pass, again. 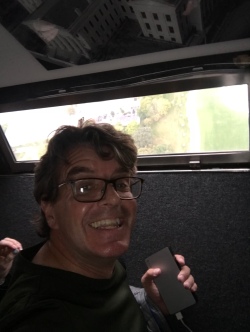 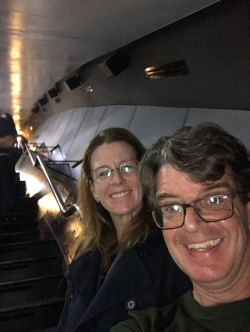 The Arch was designed in 1948 as part of a competition , the build began in 1961 and completed in 1968.
They are very organized getting people up the Arch but it’s a bit of a cluster on the way down. The sardine sized 5 person pods elevate you to a submarine tight viewing tower. Those 16 little black rectangles you can see in the top are windows. 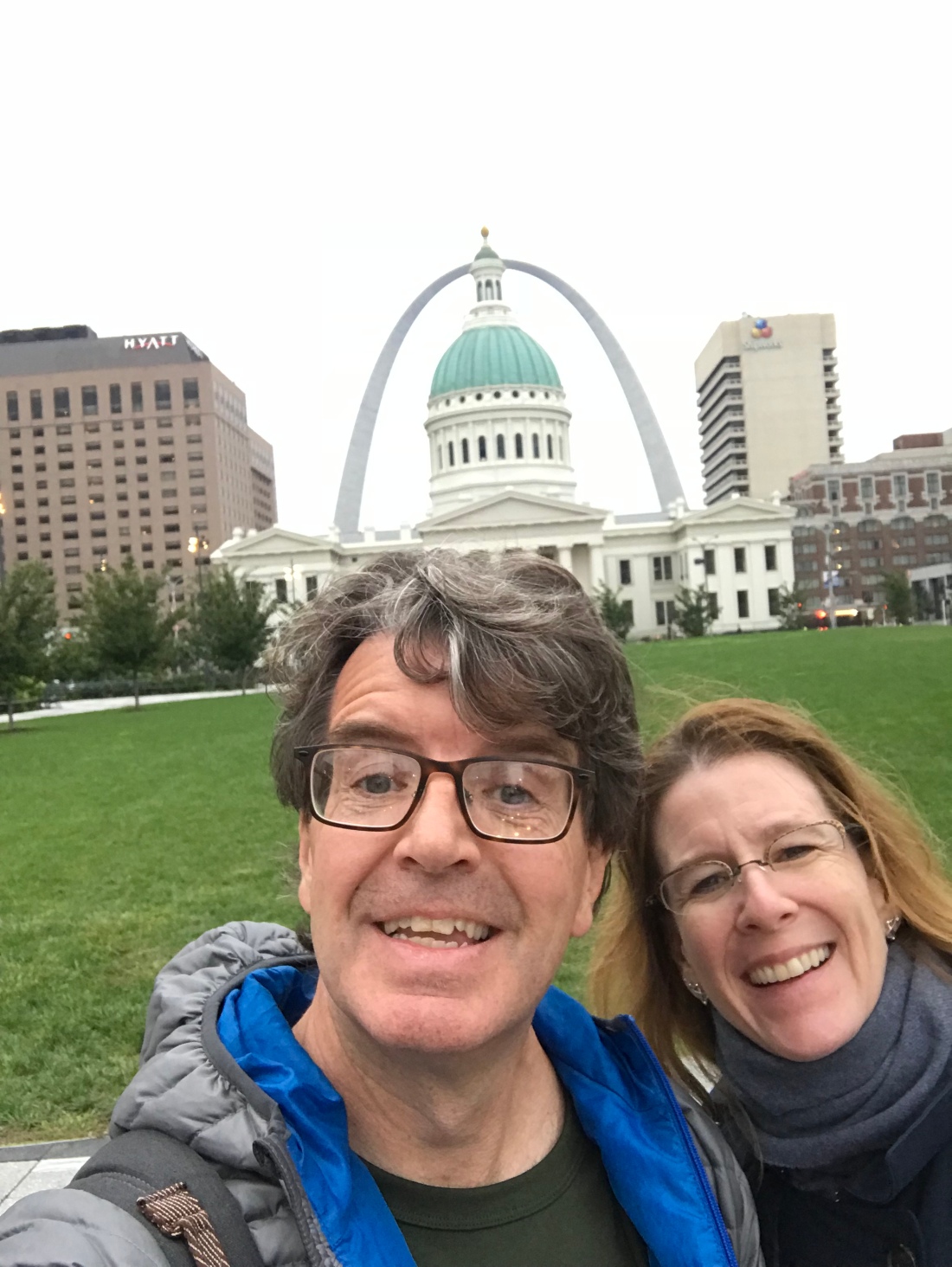 It’s far more enjoyable to view from the outside. I’m glad I saw the inside once, for the experience and a look at the mechanics of the place. Up top, on the viewing platform, it was like competing for a peek out the only porthole on the Red October. It takes about five minutes to get up, and five back down, but it’s an hour round trip between the lines and pod loading .
The museum underneath includes another western museum with a video history covering the mythic western as told through theatre,  penny dreadfuls, books and movies , The narrated slide show covered everything from Stagecoach to Shane to Josey Wales through that great historical work , Blazing Saddles.  The video also covered the evolution of how westerns portray minoritys, women and Native American Indians in film, briefly.
Theres also a section covering the history of the river port. St. Louis was the third busiest port in the nation. 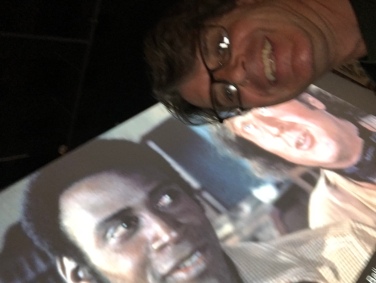 Also included was a history of American land treaties broken with the Native American Indians.
It all had me feeling two tents ( Dad Joke #77). 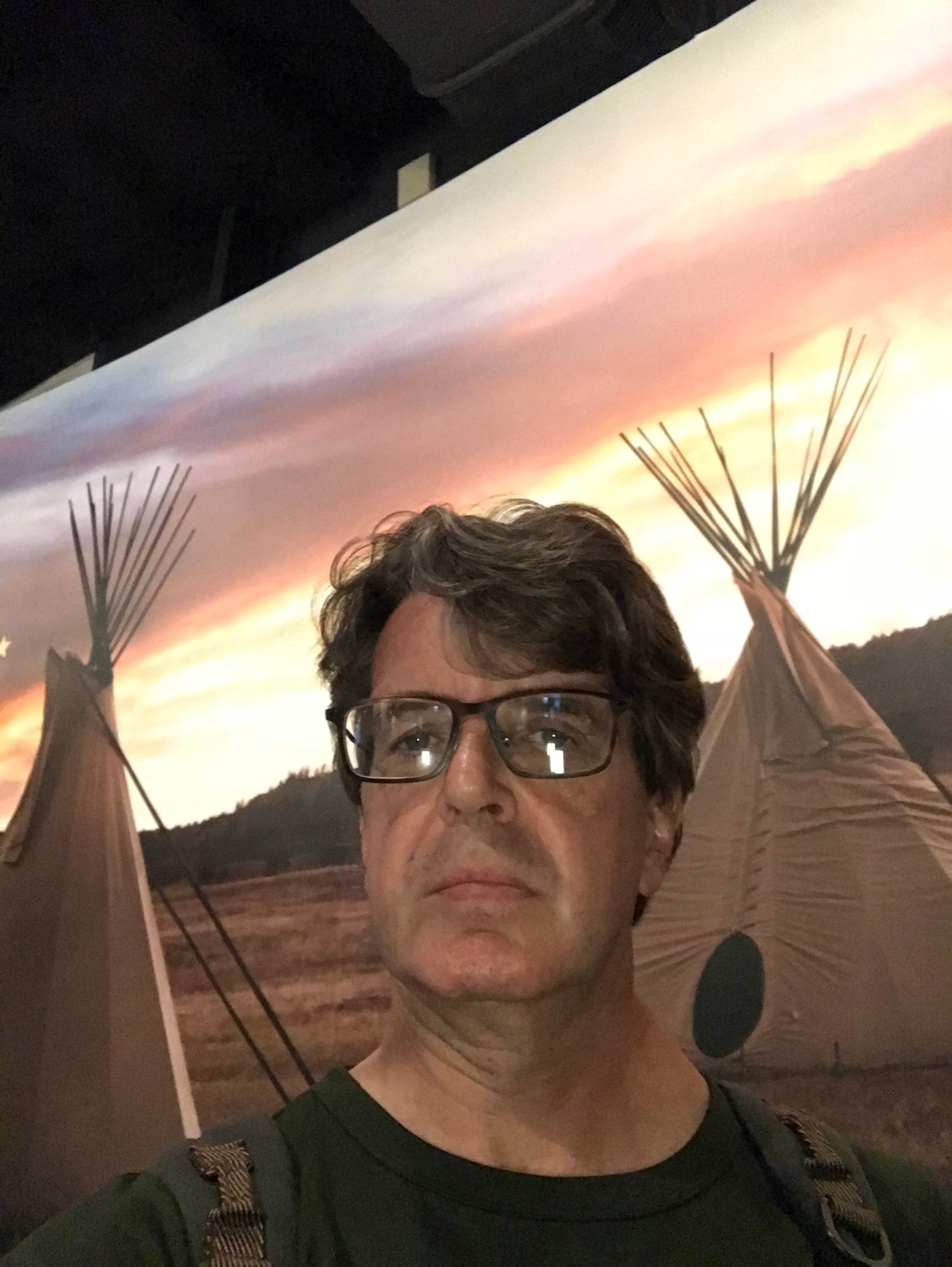 We had dinner back near the Hotel, a Japanese spot named Drunken Fish. It’s dead around here on Sunday evenings. Food was good. 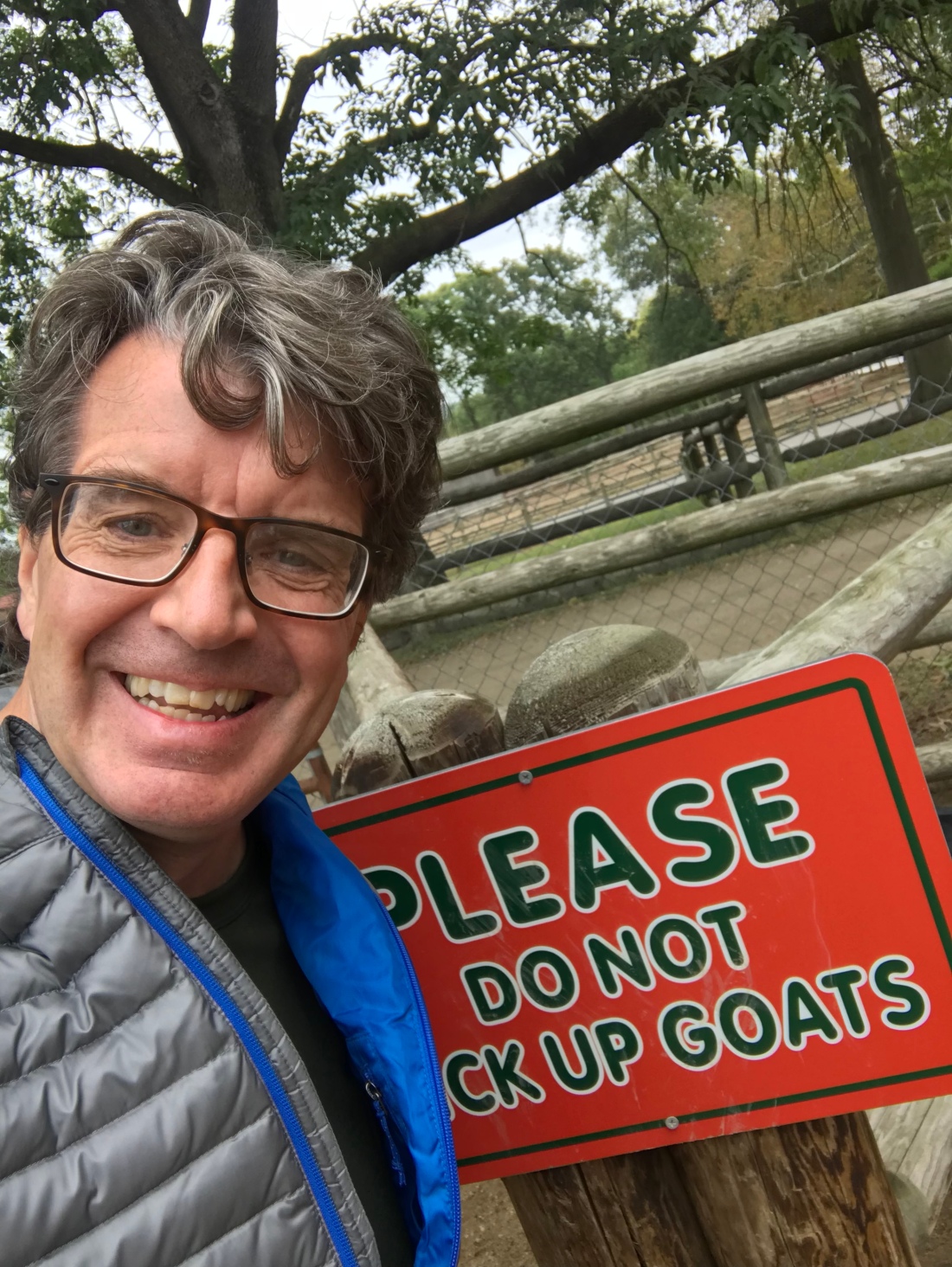