Today was a driving day. Not much to report.

We had lunch at the Kingside Diner. There seems to be a big chess association in this part of town. Best Diner coffee of the trip and your given a full big pot. It’s roasted locally I was told and lovely biscuits and sausages gravy, for those keeping score.
Learned that a local big wig property owners is a big chess enthusiast and a major donor to the Chess cause.  The Chess Club of St. Louis is next door and the Chess Museum is across the street. 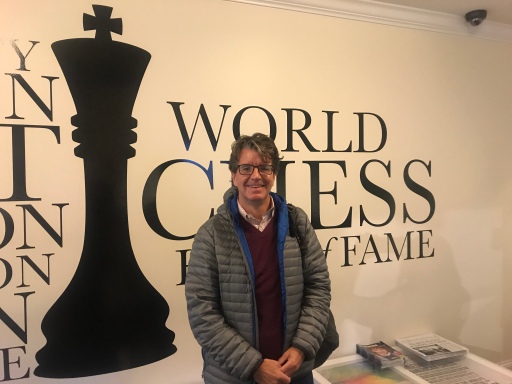 We crossed from the diner and visited the three story chess museum with its variety of exhibits.
Ground floor was an exhibit by Peter Mannion, a local artist. He works in paper, felt , paint and plaster. You could touch if you liked. The pieces felt like the giant cow hair ball. Nice.

Second floor is an exhibit by legendary celebrity photographer , Harry Benson, with a concentration on the time he spent with Bobby Fischer in 71/72. Benson, now 89, was here for the exhibit opening last week. The subject matter was diverse. Benson had shot everyone from Jack Nicholson , to Michael Jackson, to ex Presidents to my favorite piece, Ian Fleming on the beach in Jamica. We had once looked in to renting Goldeneye for one of my big birthdays.

Third floor, is the Chess hall of fame. St Louis is considered the chess capital of the USA. All checkered decor. They have a great gift store, so I bought more stuff.
It really is a nice gallery. Marge, the guardian of the exhibit, followed us floor to floor to make sure we did no damage. Stacey snagged a crystal Rook while I charmed and distracted young Margie with fascinating stories of my cross country adventure and my fairytale childhood in Ireland.

We took a bit of stroll around the area and found the Left Bank Bookstore. I think the girl on the register had an Adam’s apple. Bought a 70s set Californian coming of age surf novel I absolutely needed. 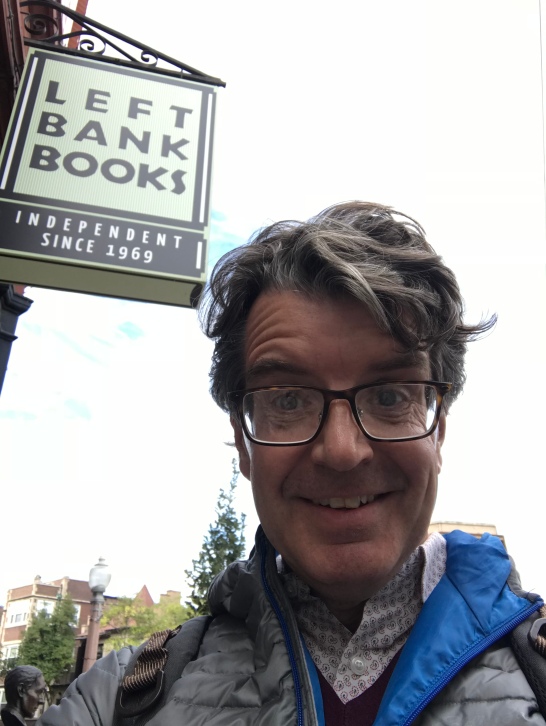 I dropped Wifey off at the airport at three and got on my way. We’d had a great weekend in St. Louis but don’t feel the need to return.
Stopping for petrol, I observed a number of elderly people disappearing behind this door inside the gas station for their one arm bandit action. Odd.

Out on the road tonight, I saw a dead head sticker on a Cadillac . 268 miles from St. Louis , across Illinois and Kentucky and now I’m in Nashville , Tennessee.
I pulled in to a spot near the river to find a hotel online and a significant firework display started off across the way. I felt very welcome.
I booked a room at the Sheraton in Musictown, a few miles outside of the city. It’s a good sized hotel, nearer the airport.
Downstairs for dinner, The Hickory Grill is as soul less as an airport lounge. But they served until midnight. I ordered the meatloaf and mashed potato . It reminded me of my Granny’s. She was a terrible cook.
Bar staff were all very nice though, catering to a gaggle of Brits in the corner  getting drunk on Baileys, of all beverages. The bartender cut off the Limeys. He would serve them beer but no more Double Baileys . The argument was hilarious. These boys want their Baileys!
Im finished my good. They are still arguing about the Baileys. Voices are being raised, stools scraped back –  “ I want me Baileys! I want me Baileys!”
Thirty minutes later, the boys stormed/were kicked out and I started a conversation with Martin and Michael at the bar.

By coincidence they were both in for seperate conferences but hailed from within a mile of one another in Cleveland.  They opted for Jameson’s and beer on last call and I chatted with them an hour or so.
Michael is a new Dad with a two month old at home; Martin is heading to Edinburgh for Thanksgiving with his college aged sons. Both recommended highly that I go to the Smokey Mountains in the Carolinas. As regulars to Nashville they were irritated with the skyrocketing prices in the town with all the conferences hapoening. It’s why we were all booked near the airport.

My Missouri viewing and reading recommendations:
Winters Bone – excellent movie and book, and the one that launched Jennifer Lawrence.
Gone Girl – book and movie too.
Killshot – one of my favorite Elmore Leonard books and an underrated Mickey Rourke film.
The Long Riders – one of the best modern Westerns. Casting real brothers as movie brothers brilliant.
Chicken People – a documentary about the    Westminster show of poultry.
Three Billboards Outside Epping Missouri – not a real town and not filmed in Missouri but the best film of 2017.
Bills:
Hotel: $144
Gas: $53
Dinner: $27 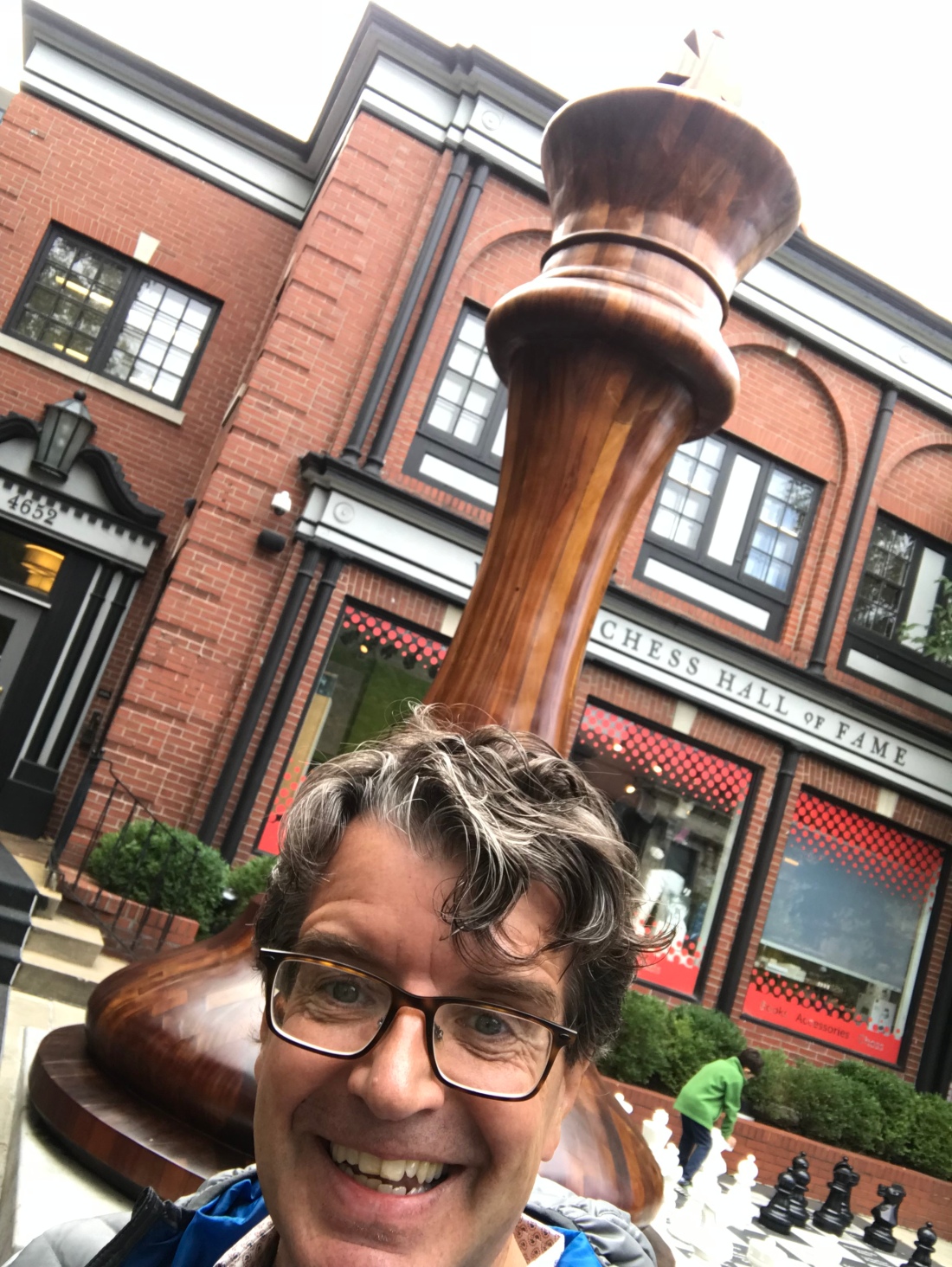